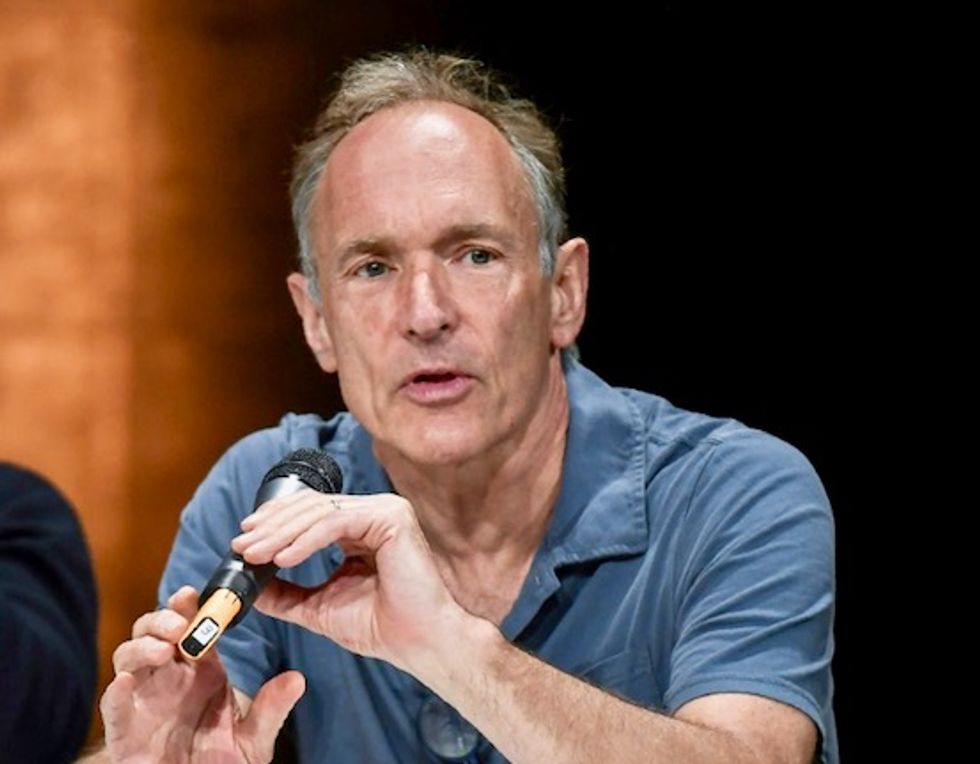 World Wide Web inventor Tim Berners-Lee on Monday slammed the increasing commodification of personal information and appealed for internet users to strive to maintain "complete control" of their data.

Berners-Lee, credited with creating the web in 1989, is on a mission to save his invention from a range of problems increasingly dominating online life, including misinformation and a lack of data protection.

"You should have complete control of your data. It's not oil. It's not a commodity," he told a small group of journalists gathered at Europe's physics lab CERN, where he first came up with the idea for the web 30 years ago.

When it comes to personal data, "you should not be able to sell it for money," he said, "because it's a right".

Berners-Lee, who last year launched a development platform called "Solid" aimed at giving users control of their data, described a frightening future if we do not rise to the challenge of privacy protection.

"There is a possible future you can imagine (in which) your browser keeps track of everything that you buy," he said.

In this scenario, "your browser actually has more information then Amazon does", he said, warning against complacency in expecting no harm will come from this loss of control over one's own data.

"We shouldn't assume that the world is going to stay like it is," he said.

People needed to do more to protect themselves and their data and not to simply expect that governments will look out for their best interests, he argued.

Berners-Lee told a Washington Post event last week that he launched the Solid projet in response to concerns about personal data being bought and sold without the consent of users.

The platform aimed "to separate the apps from the data storage" so users could decide where and how they would share their personal information, he said.

He acknowledged Monday that enforcible laws would be needed to protect the most sensitive personal data.

"Sometimes it has to be legislation which says personal data, you know, genetic data, should never be used," he said.

In addition to his work advocating for data protection, Berners-Lee has launched a "Contract for the Web", aimed at ensuring the integrity of online information.

In a letter published Monday, he hailed the opportunities the web had created, giving marginalised groups a voice and making daily life easier.

But he warned, "it has also created opportunity for scammers, given a voice to those who spread hatred, and made all kinds of crimes easier to commit".

He was nevertheless optimistic that the problems could be fixed.

"Given how much the web has changed in the past 30 years, it would be defeatist and unimaginative to assume that the web as we know it can't be changed for the better in the next 30," he wrote.

"If we give up on building a better web now, then the web will not have failed us. We will have failed the web."