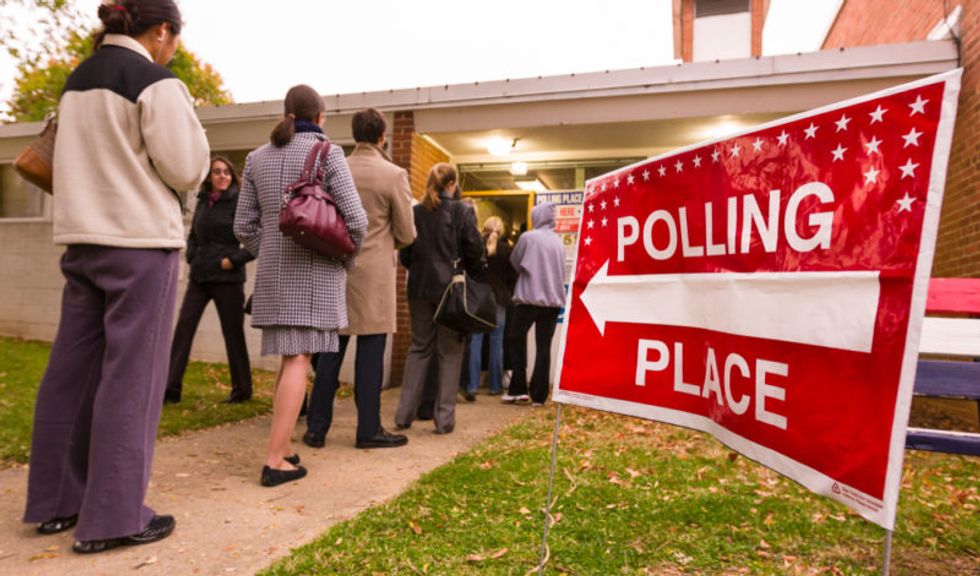 For the first time in the country’s modern history, the existence of the Electoral College has become a campaign issue.

The Constitution’s framers originally created the Electoral College as a way to filter the “passions” of the people through state-appointed presidential electors with better judgment. They assigned every state a number of electoral votes exactly equal to its number of members in Congress.

But back then, electors weren’t pledged to candidates – so a state might have five votes for one candidate, and four for another. By the 1820s, the system had already evolved beyond what the framers intended. Each party chose pledged electors; if a party’s candidate won the most votes in the state, that party’s electors would get to cast all the votes.

Here are four of the most common arguments I’ve noticed – and why they’re wrong.

1. Electors filter the passions of the people

Some defend the system by citing its original purpose: to provide a check on the public in case they make a poor choice for president.

But electors no longer work as independent agents nor as agents of the state legislature. They’re chosen for their party loyalty by party conventions or leaders.

Since winner-take-all laws began in the 1820s, electors have rarely acted independently or against the wishes of the party that chose them. A majority of states even have laws requiring the partisan electors to keep their pledges when voting. In presidential elections from 1992 to 2012, over 99 percent of electors kept their pledges to a candidate.

2. It forces candidates to campaign in rural areas

A popular argument on conservative websites and talk radio is that without the Electoral College, candidates would spend all their time campaigning in big cities and would ignore low-population areas.

This is false. In fact, because of the Electoral College, campaigning is generally limited to the urban areas of a handful of states.

And within these battleground states the candidates focused on campaigning in regions where most voters lived. In Pennsylvania, for example, 59 percent of Pennsylvania campaign visits by Clinton and Trump in the final two months of their campaigns were to the Philadelphia and Pittsburgh areas, with all other campaign visits going to other major cities and their suburbs in the state.

Meanwhile, during the entire period after the 2016 national conventions, the four candidates never campaigned at all in 24 states, including rural states like South Dakota, Kansas and Wyoming.

Presidential candidates don’t campaign in rural areas no matter what system is used, simply because there are not a lot of votes to be gained in those areas. Even in the swing states where they do campaign, the candidates focus on urban areas where most voters live.

3. It prohibits a couple of states or cities from picking the winner

Some claim that the Electoral College prevents one state or prohibits a few cities from determining the winner of the presidential election.

With states, the truth is the opposite.

4. It prevents the chaos of a contested election

Some, including the late historian Theodore H. White, cite the Electoral College as a way to prevent political chaos.

After the 1960 presidential election, John Kennedy’s nationwide share of the vote was only 0.17 percentage points higher than Richard Nixon’s share. If there had been the need for a nationwide recount, there could have been weeks or months of political deadlock. Kennedy’s clearer margin of victory in the Electoral College – 303 electoral votes to Nixon’s 219 – prevented that.

However, during the 2000 presidential election, the opposite occurred. While Al Gore’s nationwide popular vote victory margin was clear, the number of votes separating Gore from George W. Bush in Florida was minuscule. And because of the Electoral College system, the outcome in Florida became the deciding factor.

After a month of court challenges, a 5-4 U.S. Supreme Court decision awarded the presidency to Bush. In other words, the Electoral College was actually the cause of a chaotic and controversial outcome.

How to fix the system

Campaigning on fixing the Electoral College is one thing. But how could it actually be abolished or amended?

Abolishing the Electoral College entirely would require a constitutional amendment, involving two-thirds approval from both houses of Congress and 38 states. In today’s partisan environment, that’s unlikely to succeed.

The proposal has been enacted into law in 12 states and the District of Columbia, meaning states with a combined 181 electoral votes have signed on. These states, however, are mostly controlled by Democrats. There seems to be less support from Republican-controlled legislatures, probably due to the Electoral College victories by Trump in 2016 and Bush in 2000 in elections where those candidates lost the national popular vote.

Unfortunately, political self-interest seems to be the biggest roadblock to reform. Look no further than President Trump. Back in 2012, he tweeted that the Electoral College was “a disaster for democracy.”

By November 2016 – after winning the presidential election despite losing the nationwide popular vote to Hillary Clinton – he’d changed his tune.

“The Electoral College,” he tweeted, “is actually genius.”