An ‘upset’ Melania feuded with Trump at Mar-a-Lago dinner: witness 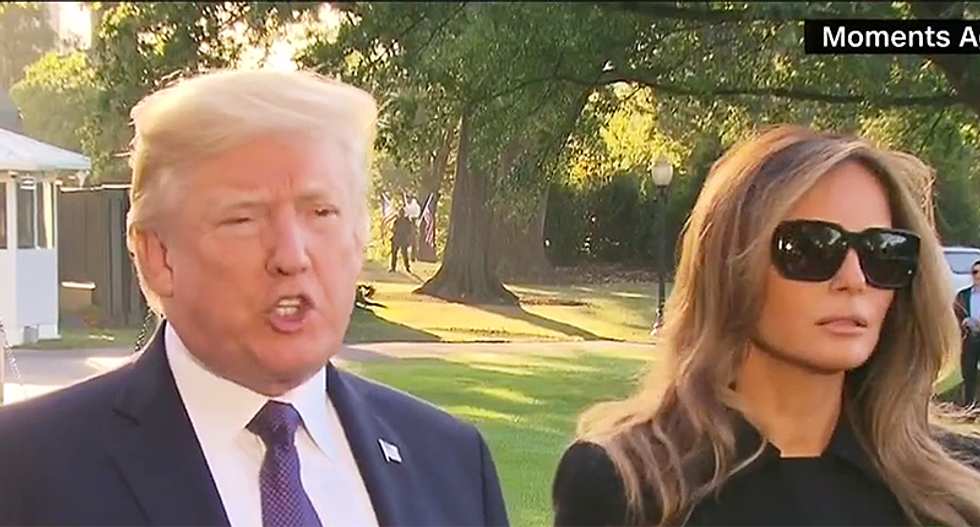 On Monday, a report from People Magazine detailed that President Donald Trump and Melania Trump got into an argument while having dinner at Mar-a-Lago in Florida.

“Melania was upset and they had words with each other over something,” a source told People. The spat, which reportedly occurred in front of other people, happened on March 30, the source said.

The first lady's spokeswoman, Stephanie Grisham, insisted that the story was not true.

“There was no question that the contents of the Mueller report released last week, and the subsequent news and TV air time devoted to it, were weighing heavily on [the president’s] mind, distracting him at times," the source said.

Melania has spoken about her and the president's relationship in the past.

“It is not a concern and focus of mine,” she told ABC News. “I’m a mother and a first lady and I have much more important things to think about and to do. I know people like to speculate and the media like to speculate about our marriage.”

“It’s not always pleasant, of course,” Mrs. Trump said. “But I know what is right and what is wrong and what is true or not true.”