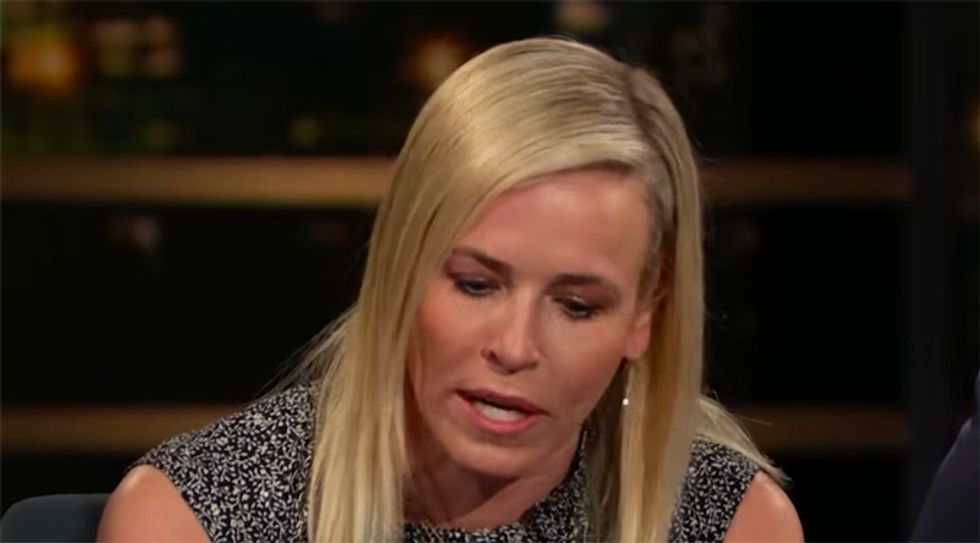 During the non-broadcast HBO Real Time "Overtime" segment on Friday night, comedian and commentator Chelsea Handler tore into Fox News for unapologetically pushing out pro-Donald Trump propaganda that has no basis in fact.

In the segment that grew heated when American Enterprise Institute defense policy expert Danielle Pletka told host Bill Maher that "Reporting is a thing of the past" after admitting she doesn't watch any of the cable shows, Handler deftly took apart the conservative news network.

"There is a level of accountability that CNN and MSNBC have that Fox News does not have," she explained. "They never apologize. To say, 'I'm sorry for false reporting' every time they make a mistake. Do you think Fox ever says 'we're sorry, we got it wrong' ever?"

Author Salman Rushdie then jumped in to point out that Fox & Friends reported last week that Mexico is three countries, which forced Pletka to admit, "Yes, and that was stupid," while Handler accused the network of promoting conspiracy theories.