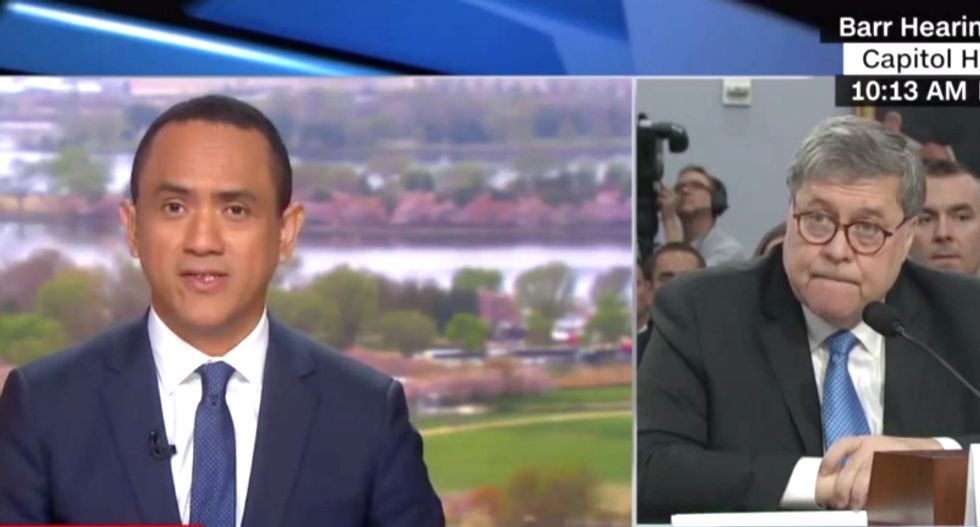 CNN Senior Justice Correspondent Evan Pérez said Tuesday that Bill Barr was playing political games with his responses to Congress's questions about his redactions to special counsel Robert Mueller's report, saying that the attorney general was "wrapping his hands" around the special counsel to portray a "unified front" that doesn't really exist.

"Bill Barr felt that pressure even before he came back to the Justice Department to take the reins as attorney general," Pérez said of the attorney general's redactions. "We know that Rod Rosenstein from his own public comments had been suggesting that there should be less information in this, whatever is released."

Pérez said it was "interesting" that Barr said he'd offered Mueller a chance to review his letter, and the special counsel had declined.

"Why I find it interesting is Bill Barr so far politically has been trying to play a game of wrapping his hands around Robert Mueller, around Rod Rosenstein, sort of locking arms, saying they have a unified front," he said. "We know, obviously, from our own reporting and from reporting from the New York Times that there is some dissatisfaction among members of the Mueller team about how this report so far has been characterized."

"It will be interesting to see whether members of Congress can shine a little more daylight into that aspect of what's going on behind the scenes," Pérez added.