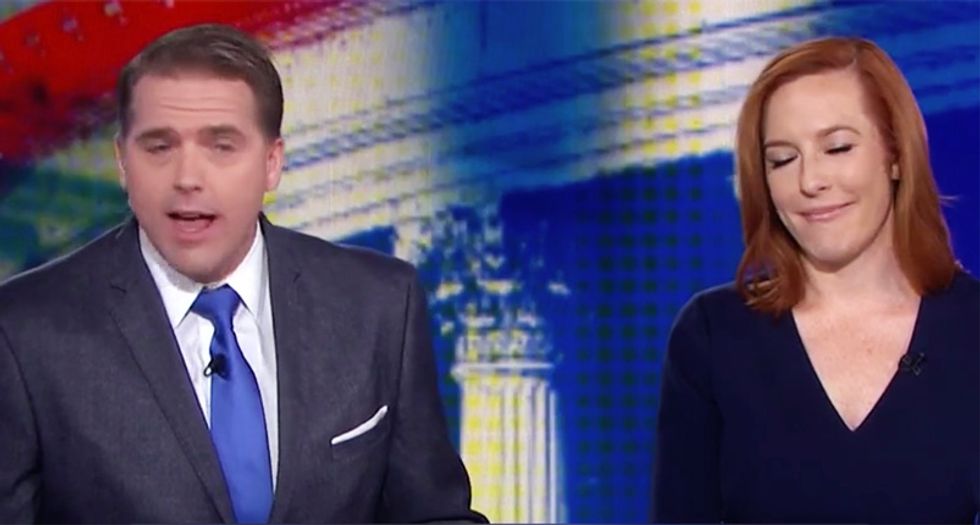 During a CNN panel discussion on President Donald Trump inciting violence against Rep. Ilhan Omar (D-MN) with an inflammatory and deceptively-edited video linking her to the 9/11 attack, a conservative CNN regular attempted to dismiss death threats the Muslim lawmaker has received as no worse than names the president has been called.

After it was pointed out that Trump's Twitter attack on Omar came just days a supporter of the president was arrested for saying he wanted to put "a bullet in the head" of the lawmaker, GOP consultant Scott Jennings offered up a defense that left his fellow panelists looking at each other.

"Her argument would be she's getting death threats and that the president's tweet was incitement," State of the Union host Jake Tapper told the conservative.

"What do you think the language of the last two years towards Donald Trump?" Jennings shot back, leading Democratic strategist Jen Psaki to roll her eyes.

"Democrats have called him a Russian agent for two years. What do we think that is?" Jennings insisted before complaining that flagging Trump for hate speech on Twitter was stifling debate.