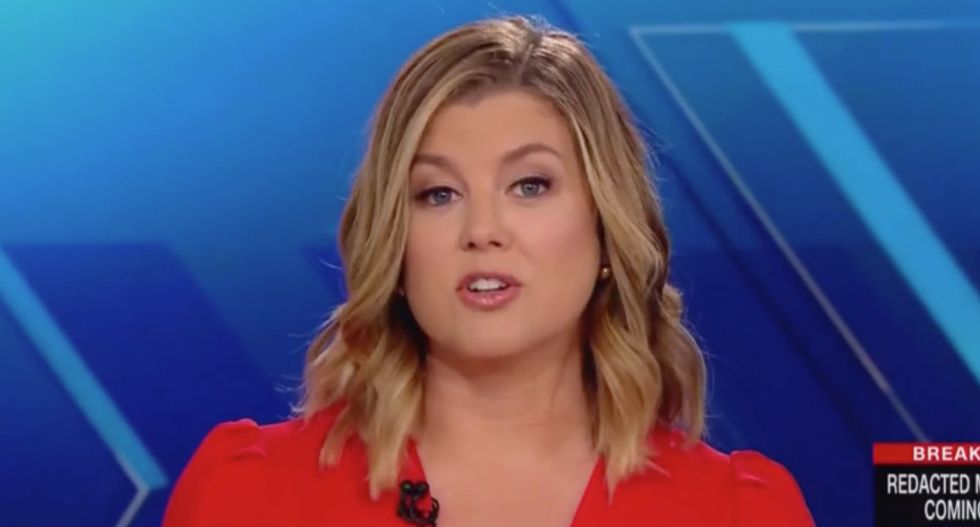 CNN's Brianna Keilar opened her show on Monday by mocking President Donald Trump's latest excuse for refusing to release his tax returns -Congress isn't "smart enough" to understand them- noting that ten members of Congress are in fact trained in tax analysis.

"It's tax day and the White House has come up with a new reason to refuse to release the president's tax returns," Keilar said, ticking off the shifting reasons.

"The president has repeatedly blamed being under audit, even though there's no proof that he is, even though an audit wouldn't prevent him from releasing those tax returns," she said.

"Then he and his acting chief of staff said the public doesn't care to see the returns anyway," Keilar continued. "Now press secretary Sarah Sanders says members of Congress, both Democratic and Republican, just aren't smart enough to understand them." She cut to a clip of a red-faced Sanders shouting at the top of her lungs her opinion of Congress's combined intelligence.

"Here is where I should probably point out this," said Keilar with a mischievous smirk. "Ten members of Congress are accountants, three Democrats, seven Republicans and two of those accountants/lawmakers sit on the House Ways and Means Committee, the tax writing committee, which is asking for the president's tax returns."