CNN host ridicules Trump's claim that no one disobeys him: 'Since hour one his aides have been telling us to ignore what he says' 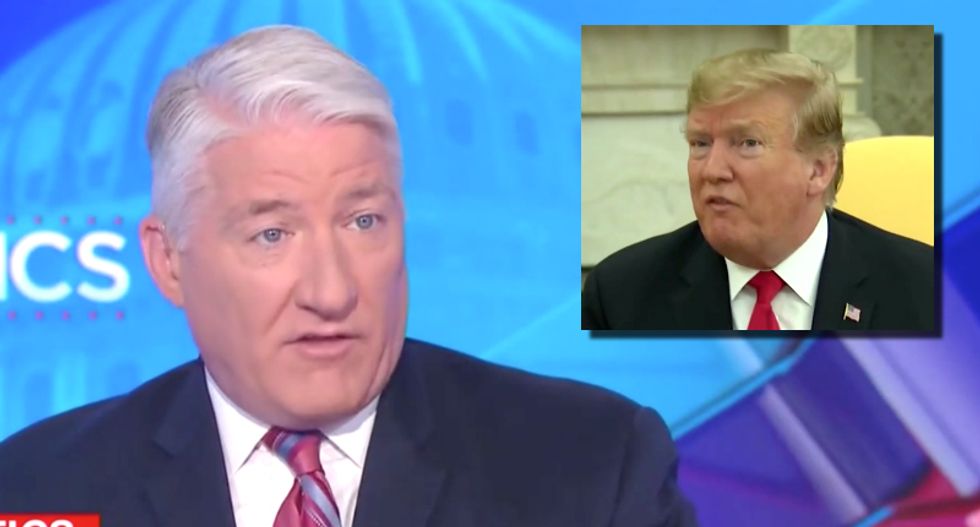 CNN's John King, host of Inside Politics ridiculed President Donald Trump on Monday, after the president told reporters earlier in the day "nobody disobeys my orders," despite sworn testimony in the Mueller report that demonstrates the notoriously dishonest president is lying again.

"I want to come back at the top to what the president just said there, at the end of the Easter Egg Roll," King began. "He said nobody disobeys my orders."

"Now, if you read the Mueller report, the special counsel says the president's aides saved him from himself by repeatedly ignoring, deferring, punting, walking away, waiting a few days," he continued.

"But it's not just in the Mueller report," King went on. "From hour one of this administration we have had aides telling us 'pay no attention to what the president says, watch what we do. He says and tweets a lot of things, and we massage them or ignore them.' I guess I understand it as a test of his macho, but it's just not true that nobody disobeys his orders."

"It's definitely not true. I think one of the things that really drives this president crazy is the perception that he's being managed by his aides, and so that's what he's really pushing back against," agreed POLITICO's Eliana Johnson. "The Mueller report paints a picture of a president who is not so much managed by his aides but simply disregarded. I think it also raises a question about how the country is being governed."