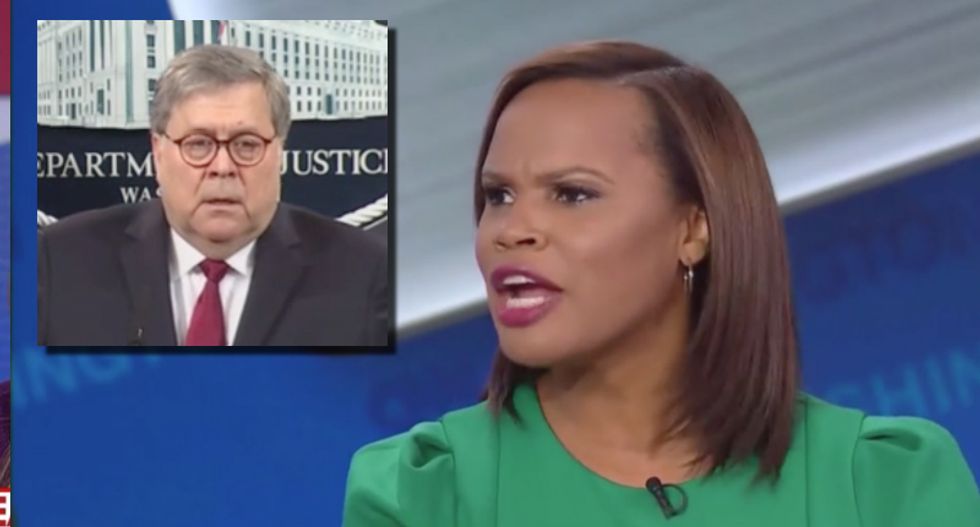 CNN legal analyst Laura Coates mocked Attorney General Bill Barr on Thursday, saying he was trying to use President Donald Trump's frustration with the Mueller probe to "inoculate" the president against obstruction charges.

"This sounds like Barr, from the moment we saw that 19-page memorandum, he was going to have a self-fulfilling philosophy in the narrative of how he crafted it going forward and the resolution of whether or not there had been an enough information about obstruction of justice," Coates said.

"That's extraordinarily dangerous," she said, adding that Barr had had at least three opportunities to skew the facts of the case. "The American people are still trying to comb through 400 pages that President Trump's personal attorneys were able to see in advance to prepare a rebuttal about these very things."

"In his actual speech today from the podium he was dismissive of the notion," Coates continued, and bashed Barr. "Besides this little meager concept of whether the head of the executive branch has violated the law or endeavored to do so, remember, he was frustrated by the cloud over his presidency."

"That's what the attorney general wants you to hang your hat on, to try to inoculate the president of the United States."