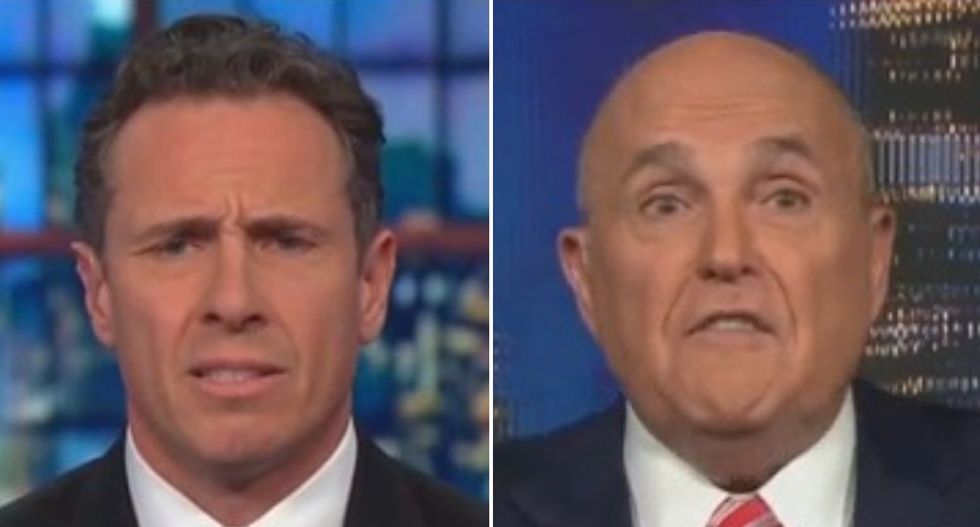 "I want to know if you will apologize on the part of the president for denying Russian interference all along?" Cuomo asked.

"Will you apologize on his behalf because we now know there was Russian interference and they wanted to help the president and his campaign tried to get the benefit of that," Cuomo said.

However, Giuliani refused to apologize and continued with the same narrative.

Watch below on CNN: