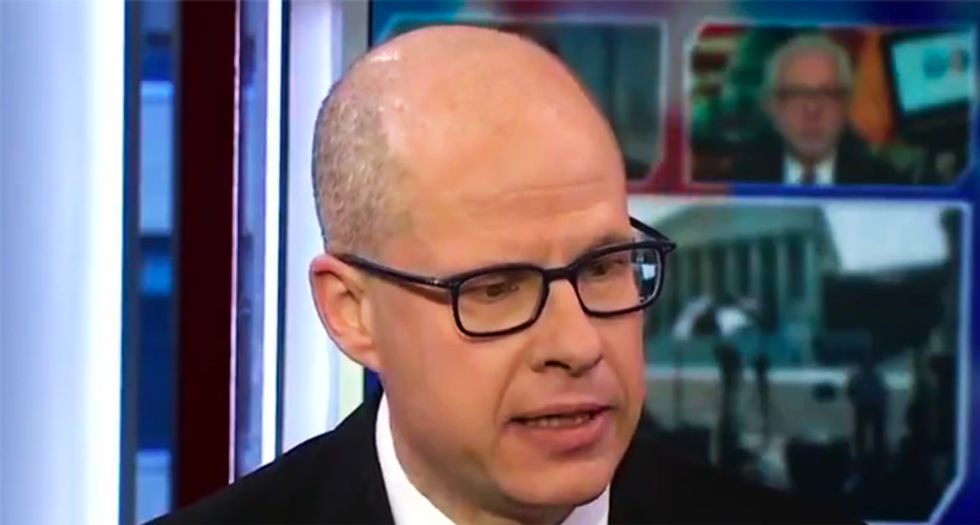 Boot made the remarks during a CNN panel discussion about the revelations that DHS Secretary Kirstjen Nielsen resigned because President Donald Trump wanted her to illegally reinstate the family separation policy for immigrants and refugees.

"The problem is the policy, which was not set by Secretary Nielsen," Boot said. "It was dictated from the White House by Trump and by Stephen Miller, and they're unhappy with the policy implementation because the policy makes no sense."

"They had this cruel and barbarous policy of separating children from their parents, but they're upset it creates bad news coverage," he added. "What a surprise. Now they're back to apparently if the reporting can be believed, back to considering that separation policy."

Boot then unleashed on Miller.

"I think it's a sign of just how nativist and xenophobic this administration is that this 33-year-old nativist fanatic is the person dictating immigration policy for the United States," Boot said of the White House adviser. "Remember, he has a long and odious agenda, which includes repealing birthright citizenship, includes cutting levels of legal immigration, not just illegal. He wants to deport Dreamers. He has a monstrous agenda. The only thing I would say to the administration is if they're serious about this, nominate Stephen Miller to be the next DHS secretary. Take the puppet master behind the curtain."

"He ought to take responsibility and ownership of this policy instead of manipulating things from behind the White House," Boot insisted. "Put him out there and have him speak and see if he can get -- I don't know that he can get confirmed even by a Republican Senate, but if he can't, that tells you something about how awful this policy is."