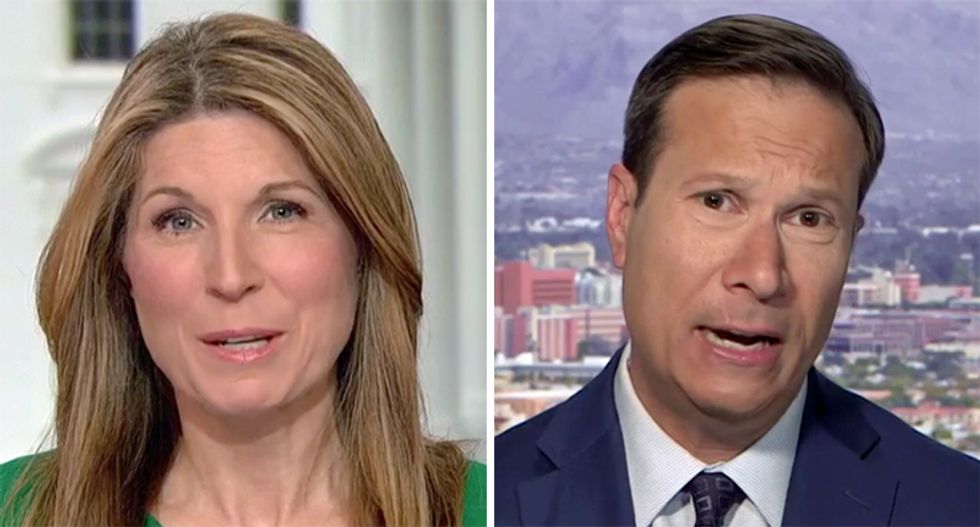 The former assistant director for counterintelligence at the FBI offered a fascinating theory for how to look at President Donald Trump's latest impulsive actions.

The host reminded Figliuzzi of a conversation they had had about "alarming signs" that the former FBI agent had learned during his career in law enforcement.

"What we talked about was a possible analogy between what we're seeing in the president and studies of violence and acting out, particularly workplace violence," Figliuzzi explained.

"We talked about the journey and pathway to violence, when we see people using language of despondency, lashing out, blaming others, obsessive compulsive attachment to one issue and the inability to get off of it -- in that case it would be the border, security on the border and immigration," he continued.

"The question we have to ask ourselves from a behavioral sense is are we watching a president essentially on his way to what we call a flash point and are we beginning to see him act out in the form of purging and mass firing and completely not listening to any logic?" he wondered.

"You know, when people say to him the law or policy is such and such and we would be violating the constitution or the law and he simply dismisses it and fires people and keeps doing it, are we essentially watching a workplace violence incident play out at the highest level of our government?" he asked.

"And is he acting out now? And where does this go if I'm right about that?" he added.