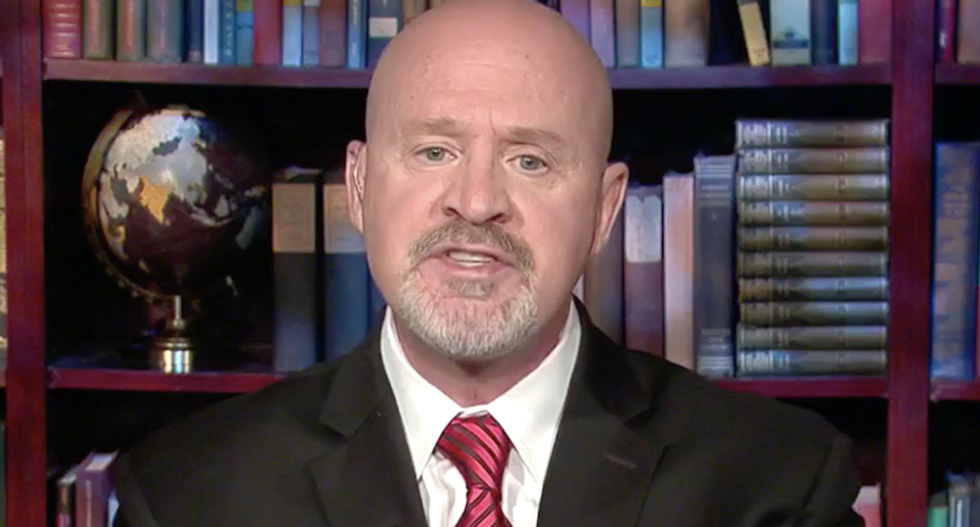 On Saturday, former federal prosecutor Glenn Kirschner scorched President Donald Trump for his most recent Twitter tirade about being exonerated by "highly conflicted Bob Mueller" and his "Angry Democrats" and that there was "no obstruction."

"Nobody can accuse the president of tweeting accurately or truthfully. Everything he does is nonsense, quite frankly," said Kirschner. "You can obstruct justice even if there is no underlying crime."

"Let's assume we're all on a board of directors together, and the FBI is investigating wrongdoing by the board of directors," Kirschner offered as an example. "Let's assume that I then, I'll be the fall guy. I start paying people off to lie to the FBI because I don't want the FBI to look into and expose what we've been doing as the board of directors. And then the FBI concludes, you know what? There's not enough evidence to charge any of these board members with crimes. Well guess what? I've still committed the offense of obstructing justice because I've paid off witness to lie to the FBI during an official investigation."

"What Donald Trump did, and what has now been exposed, is he obstructed justice," said Kirschner. "And there's no such thing as 'attempt to obstruct justice.' Because obstruction of justice is defined as actually impeding an investigation, or attempting to impede an investigation. So there's no attempt to — he obstructed justice. Plain and simple. The fact that others stopped him from doing it is not a legal defense."

"And that's why when the [Office of Legal Counsel] memo says you can't indict a sitting president because you can impeach him, now that's where we are," Kirschner added. "You can't say we've found ten crimes but we're not going to bother impeaching him."