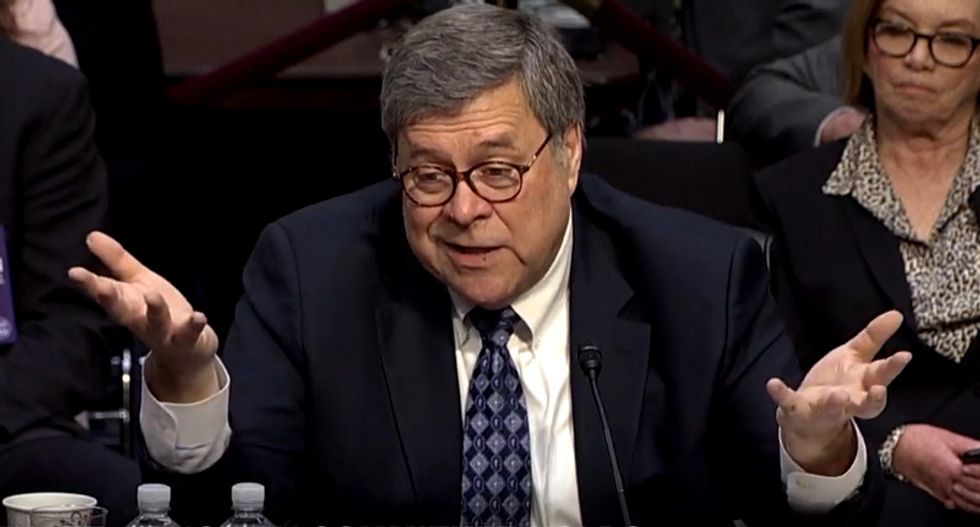 A CNN panel discussion on Attorney Bill Barr's claim that there is nothing indictable in special counsel Robert Mueller's report turned to the ongoing investigation -- or investigations -- by the U.S. Attorney's office in the Southern District of New York and whether Barr can influence it.

In a word, according to two federal prosecutors: "No."

Speaking with host Anderson Cooper, former federal prosecutor Gene Rossi and ex-Deputy Assistant Attorney General Elliott Williams said there is a firewall between the Justice Department and the SDNY -- and that investigators working in that office won't stand for Barr's meddling.

"I worked there for many years," Williams explained. "The department works on with a great degree of independence and if this is the Southern District of New York or D.C. and Virginia and so on, we hope there won't be political interference that we've seen from the attorney general over the last couple of days."

"Even if it is not interference, there is a willingness to show a bunch of leg for lack of a better term about how things are spun and so on," he continued. "But having been in the Eastern District of Virginia, there is a certain degree of independence with the investigations."

Asked if he agreed, Rossi concurred.

"Absolutely. We both worked in the Justice Department and I could tell you this: if an attorney general tried to put his thumb on a scale on an important investigation, there would be holy Hell raised by the line attorneys, the career prosecutors and the career supervisors," Rossi insisted. "And we're talking about the Southern District of New York that prides itself on being called the sovereign district. and there is no way the attorney general will dare put his thumb on a scale on what they do in the SDNY -- you would hear a leak."