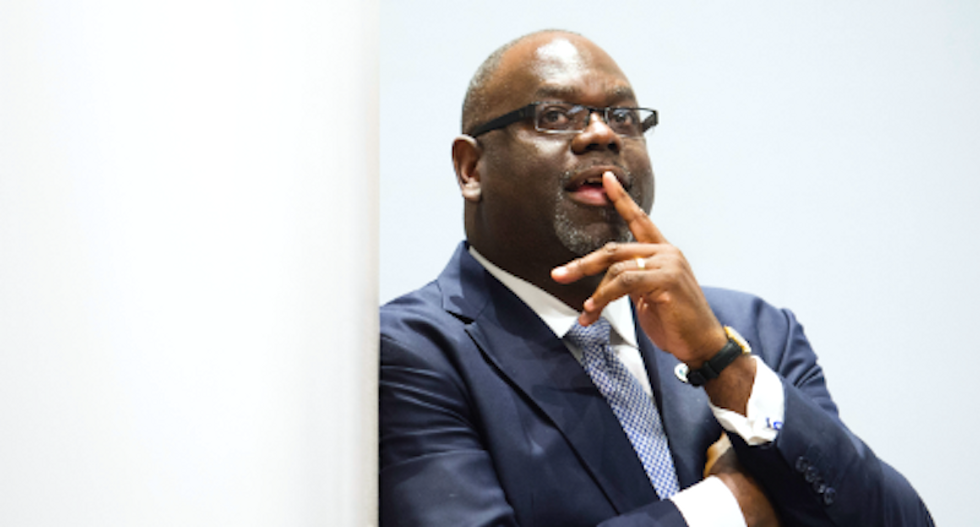 A federal judge compared President Donald Trump's language to the Ku Klux Klan and segregationists in a fiery rebuke.

The judge, who is black and sits on the U.S. District Court for the Southern District of Mississippi, quoted Trump's tweets and public comments about judges and the courts to lay out his case the president in a speech University of Virginia School of Law, his alma mater.

"When politicians attack courts as 'dangerous,' 'political' and guilty of 'egregious overreach,' you can hear the Klan’s lawyers, assailing officers of the court across the South," Reeves said. "When leaders chastise people for merely 'us[ing] the courts,' you can hear the Citizens Council, hammering up the names of black petitioners in Yazoo City, [Mississippi]."

"When the powerful accuse courts of 'open[ing] up our country to potential terrorists,' he continued, repeatedly quoting the president, "you can hear the Southern Manifesto’s authors, smearing the judiciary for simply upholding the rights of black folk. When lawmakers say 'we should get rid of judges,' you can hear segregationist senators, writing bills to strip courts of their power."

Reeves also blasted Trump for virtually excluding minorities from his court nominations, in an acceptance speech for the Thomas Jefferson Foundation Medal in Law from his alma mater.

The judge cited examples of three Trump nominees who had made bigoted comments in the past, although none of those were confirmed to the bench -- and he cast blame on Republicans who let him get away with racist abuse.

"This administration and a bare majority of the Senate, walking arm-and-arm, are not stumbling unaware towards a homogeneous judiciary," Reeves said.

"Judges, politicians, and citizens alike must denounce attacks that undermine our ability to do justice," he added. "It is not enough for judges, seeing race-based attacks on their brethren, to say they are merely 'disheartened,' or to simply affirm their non-partisan status."

Reeves called out the president's criticism of U.S. District Judge Gonzalo Curiel, whose ancestry he questioned, and compared his statements to claims made by segregationists in his state.

The judge then quoted from hate mail he had received since he was confirmed to the court in 2010, saying the racist abuse was intended to remove "the black experience from our nation's courts."

"But the slander and falsehoods thrown at courts today are not those of a critic, seeking to improve the judiciary’s search for truth," Reeves said. "They are words of an attacker, seeking to distort and twist that search toward falsehood."