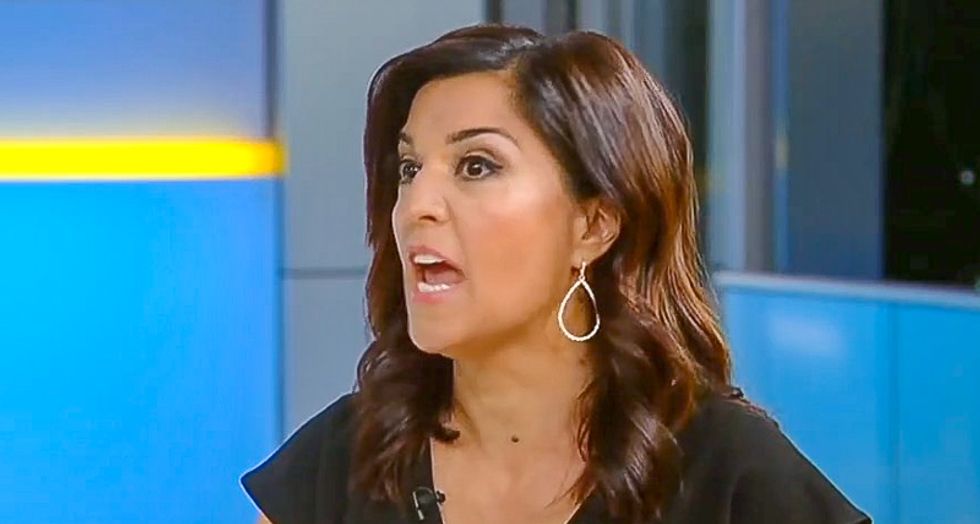 During a segment on Fox & Friends, Campos-Duffy expressed outrage at Buttigieg because he had suggested that evangelical voters should pick him instead of President Donald Trump.

Campos-Duffy angrily pointed out that Buttigieg "blocked a pregnancy crisis center from opening up in his hometown."

"One of the things mayor Pete said, they’re hypocrites, evangelicals and Catholics are hypocrites voting for President Trump because he doesn’t care about prisoners and immigrants and the poor," the Fox News contributor said. "And I would say false on all claims. The poor, the poor don’t want handouts from the government. They want financial independence."

She continued: "And I think that this economy has actually delivered on that. Two, prisoners, who delivered on criminal justice reform? And three, immigration, very debatable for me to say that Democrats who want to do nothing to a system that is exploiting and leading to sexual abuse of children and women coming up to the border, not very Christian in my view."

According to the Fox contributor, Buttigieg is a "radical" underneath his "mild-mannered" appearance.

"I think if you lift up the hood on Mayor Pete, you'll see [Alexandria Ocasio-Cortez]. He's radical, his dad is a radical -- was, he recently died -- Marxist professor," Campos-Duffy remarked. "I think he puts a mild face just like Obama on some pretty radical policies."

In fact, Joseph Buttigieg was a professor at the University of Notre Dame. During his time there, he was known for translating the prison diaries of Antonio Gramsci, an Italian Marxist. Joseph Buttigieg died on January 27, 2019.

Watch the video below from Fox & Friends.