Fox & Friends throws a pity party for Kirstjen Nielsen: ‘She couldn’t go to a restaurant with her family’ 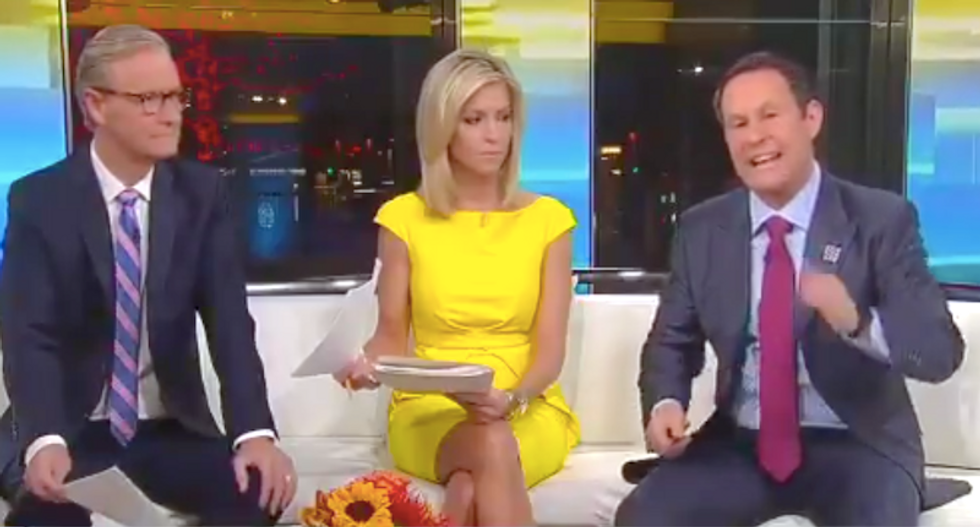 Nielsen reportedly was prepared to resign if her Sunday afternoon meeting with Trump went poorly, but the president tweeted out an announcement that she was leaving before she could issue a resignation letter.

"We will continue to speculate and see what happens," said co-host Brian Kilmeade. "The president really doesn't usually fire face to face, he usually has somebody else do it."

"He did it on the TV show," offered co-host Steve Doocy, referring to "The Apprentice."

Kilmeade then painted Nielsen, who oversaw the toxically unpopular family separation policy, as a victim.

"I don't know what she could have done different," Kilmeade said. "She could not go out to a restaurant with her family. She worked 50 hours a day for the longest time, she got blasted in Congress when she went there. She took a lot of the pummeling from the press and from Democrats. It's a thankless thankless job."