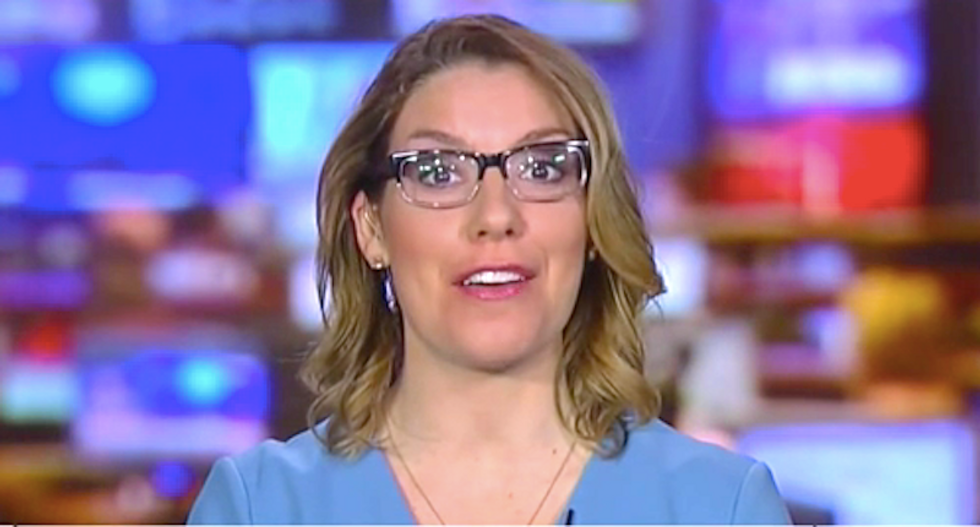 Bill Clinton infamously parsed the meaning of the word "is," and a Fox News guest did the same for "shall" in an attempt to shield President Donald Trump from his legal obligations to turn over his tax returns.

Republican strategist Mattie Duppler appeared Monday on "America's Newsroom," where she agreed with Trump's lawyers that House Democrats were trying to obtain the president's tax returns as a political hit.

"The progressive agenda has no hope making its way through Congress," Duppler told anchor Bill Hemmer. "The Senate smacked down the Green New Deal, House Democrats can't get a budget done, progressives and socialists running for president like Bernie Sanders have little to show the base as they head into the election season. Tax returns are what they're pursuing. "

She claimed Democrats were trying to set up a lengthy court challenge to feed a media narrative, but Hemmer asked if the law wasn't clear that Treasury Secretary Steve Mnuchin "shall furnish" the president's tax returns to the chairman of the House Ways and Means Committee.

Duppler insisted the issue was much more complicated than the law suggests.

"Shall is a tricky word when it comes to legalese," she said. "It means that that may be the case, that the Treasury has to furnish this information. I think the question, of course, is whether or not Democrats on the panel are trying to use it for political means. It seems obvious if they're saying they this need this information in order to make sure that audit protocols are being followed at the IRS, this information isn't necessary for them to understand that. They should have asked the IRS commissioner when he was up on the Hill whether or not the audit protocols are being followed. Instead, they decide to grandstand on the tax returns themselves. That information is going to not be provided to them in a timely manner."