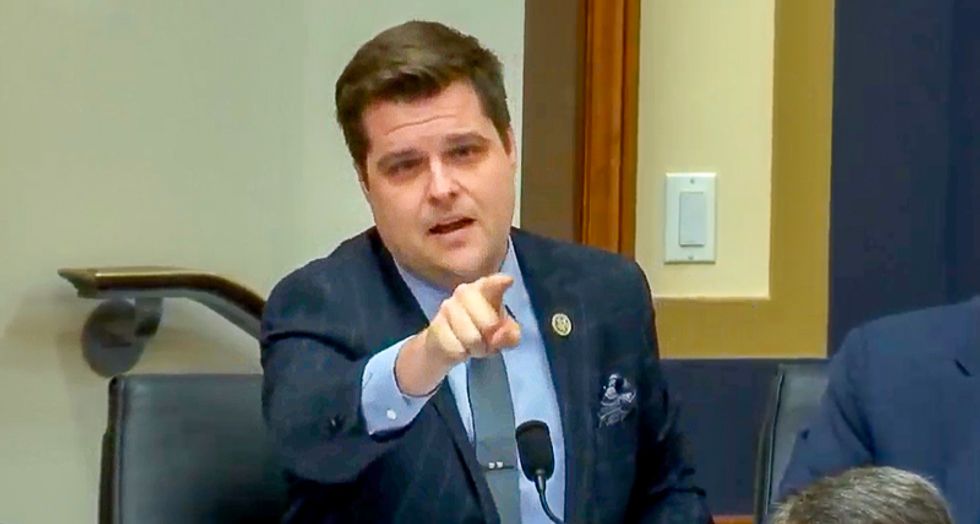 Republican Congressman Matt Gaetz of Florida, a prominent defender of Donald Trump, has hired a new speechwriter with a controversial history.

The Daily Beast reported Friday that Gaetz had hired former White House speechwriter Darren Beattie. Gaetz announced via tweet that Beattie would serve as a “Special Advisor for Speechwriting.”

Beattie was ousted from his White House job in 2018 after it was reported that he had attended a controversial conference tied to white nationalism.

At the 2016 H.L. Mencken Club Conference, Beattie gave a talk called “Intelligentsia and the Right” on a panel alongside Peter Brimelow, who The Washington Post has described as “a zealous promoter of white-identity politics.

CNN said the conference was "regularly attended by well-known white nationalists such as Richard Spencer."

But Beattie said his speech at the event had nothing to do with race.

“In 2016 I attended the Mencken conference in question and delivered a stand-alone, academic talk titled ‘The Intelligentsia and the Right.’ I said nothing objectionable and stand by my remarks completely,” Beattie wrote in a statement. “I love President Trump, who is a fearless American hero, and continue to support him one hundred percent. I have no further comment.”

Gaetz told The Daily Beast that he had no issues with Beattie’s attendance at the conference.