Heckling Buttigieg's sexuality 'backfired' on protestors -- it only 'endeared him' to Democrats nationally: Daily Beast editor 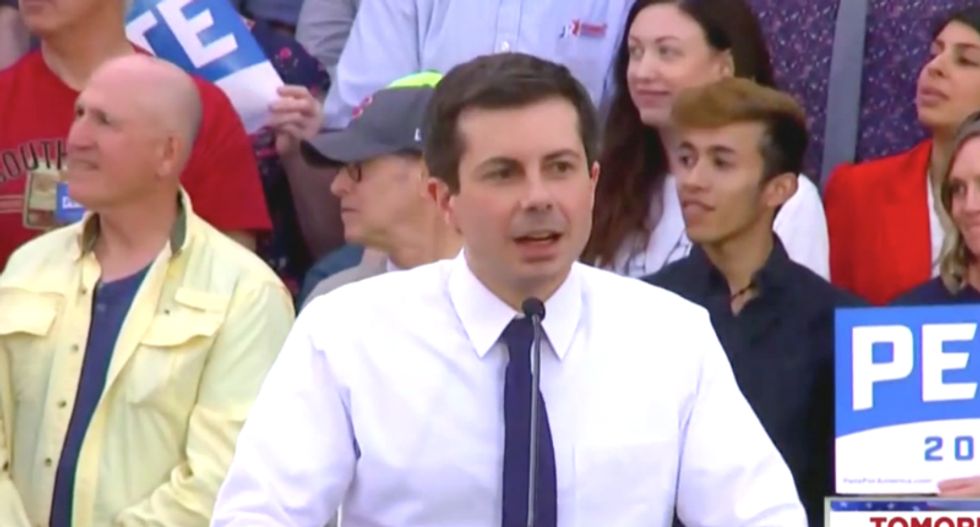 Daily Beast politics editor Sam Stein told MSNBC on Wednesday that if the protestors heckling presidential candidate Pete Buttgieg over his sexuality were trying to bring him down, it "backfired" and instead made the openly gay contender even more popular with Democratic voters.

"If the protesters were hoping to diminish them, they backfired," Stein said. "If anything, this endears him to the Democratic electorate, not just in Iowa but nationally."

"It was almost like a layup for him," Stein continued. "This is obviously something that he's prepared for, he's thought about. And you couldn't ask for a better foil in terms of the people who are attacking you on this stuff."

"It is a reminder, of course, that our cultural biases against LGBTQ Americans still exist," he added. "The fact that 32% of the country says they could not conceive of voting someone because of their sexuality is a remarkable and sobering statistic."