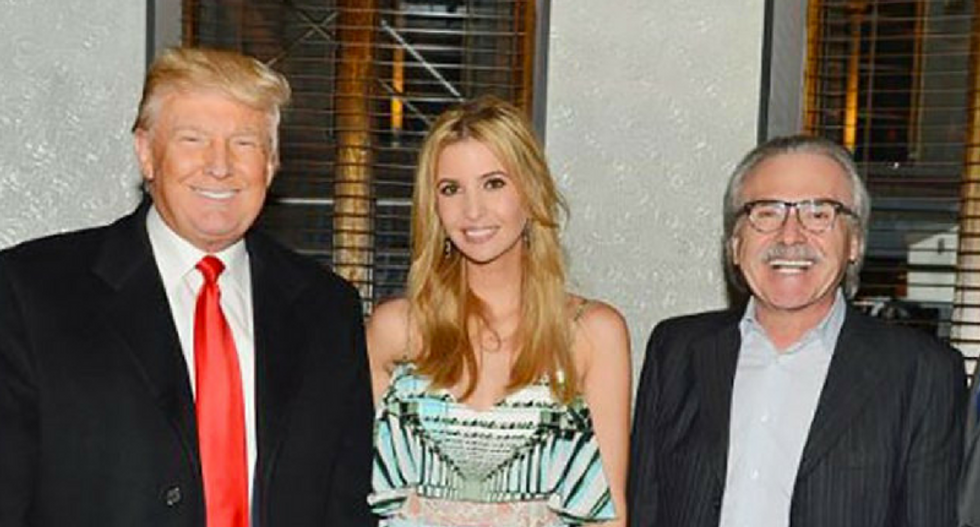 Supermarket tabloid the National Enquirer is for sale, The Washington Post reported Wednesday.

"American Media Inc. is actively seeking to sell off the National Enquirer, according to three people familiar with the process who asked not to be named because they were not authorized to speak publicly," The Post reported. "The decision to sell came after the hedge fund manager whose firm controls AMI became “disgusted” with the Enquirer’s reporting tactics, according to one of these people."

"American Media has been under intense pressure due to the Enquirer’s efforts to tilt the 2016 presidential election in favor of Donald Trump, who is a longtime friend of American Media’s president and CEO, David Pecker. Pecker and his supermarket tabloid have also been embroiled in recent months in an unusually public feud with Jeff Bezos, who also owns The Washington Post," the newspaper noted.

"The imminent sale removes the Enquirer from Pecker’s control and puts some separation between the tabloid and recent scandals stemming, in part, from Pecker’s close relationship with Trump," The Post added.