Here’s why Trump’s ideal lawyer, Roy Cohn, was such a vile figure in U.S. politics — and why his name lives in infamy 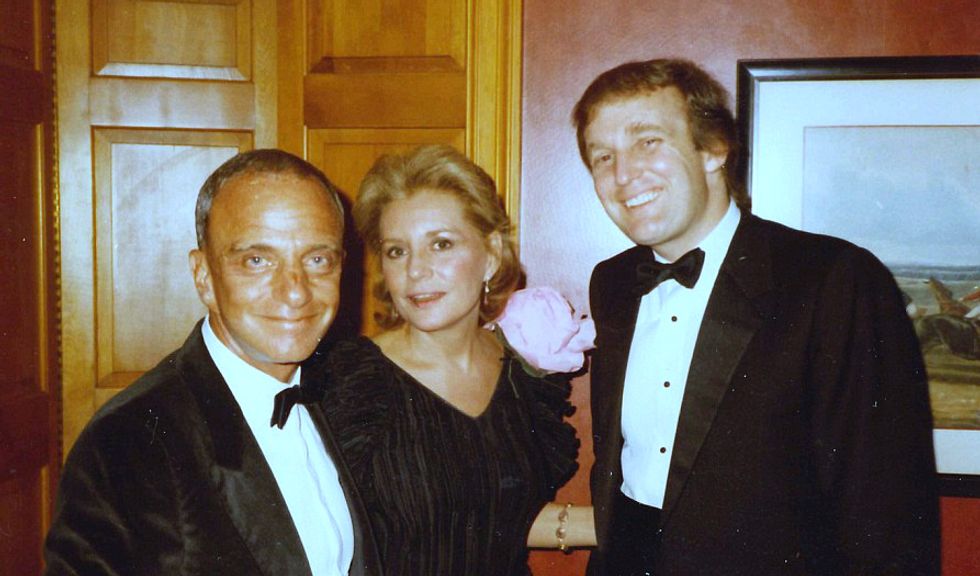 President Donald Trump has not been shy about expressing his admiration for his attorney and political fixer Roy Cohn, who was 59 when he died of AIDS-related causes in 1986 and went down in history as one of the vilest 20th Century figures in U.S. politics. Trump considers Cohn a mentor and an inspiration, and he may have found his 2019 version of Cohn in Attorney General William Barr: Cohn was a top fixer in business and right-wing politics in his day, and Barr served as a fixer for Trump when he offered a vigorous defense of the president during a morning press conference on Thursday (the day Barr officially released a redacted version of the final report for Special Counsel Robert Mueller’s Russia investigation).

Cohn, born in New York City in 1927, achieved infamy as Sen. Joseph McCarthy’s chief counsel during the Red Scare in the early 1950s. McCarthy, a Wisconsin Republican, conducted a ruthless anti-communist witch hunt—and he did so with Cohn’s help and guidance. Enthusiastically encouraged by Cohn, McCarthy believed in a guilty-until-proven-innocent approach when it came to alleged communist connections in the government.

Cohn was also a key figure in the Lavender Scare, an anti-gay campaign of the 1950s. Gays, according to Cohn, posed a security threat because they were susceptible to blackmail—and Cohn, along with McCarthy and FBI Director J. Edgar Hoover, was responsible for mass firings of gays from the U.S. government during the 1950s. Although Republican President Dwight D. Eisenhower would be way too moderate for the Republican Party of 2019, he caved into the anti-gay hysteria and, in 1953, signed into law Executive Order 10450—which barred gays from working in the federal government.

Despite his anti-gay activities, Cohn was widely believed to be a closeted gay man. Vanity Fair’s Marie Brenner, in an in-depth 2017 piece on Cohn, noted that “in lavender Washington, Cohn was known as both a closeted homosexual and homophobic.”

In a March 1988 Life Magazine article, Nicholas von Hoffman quoted Robert Blecker (who had ghost-written one of Cohn’s books) as saying that when he was dying of AIDS-related causes, Cohn claimed to have liver cancer—not AIDS. Von Hoffman’s article quotes Blecker as saying he was among the few people with whom Cohn had been “open about being gay.”

After McCarthy faced a major backlash during the 1950s, Cohn’s legal and political career should have ended. But in the early 1970s, Cohn found a protégé: a young real estate developer from Queens named Donald J. Trump. Cohn represented Trump when, in 1973, the U.S. Justice Department accused him of violating the Fair Housing Act of 1968 in 39 of his buildings by showing racial bias—and the attorney filed a $100 million countersuit against the federal government, calling the accusations against Trump “irresponsible and baseless.”

Cohn’s life is the subject of director Matt Tyrnauer’s documentary, “Where’s My Roy Cohn?” Trump has used the title’s exact words: in 2017, after Mueller took over the Russia investigation, a frustrated Trump remarked, “Where’s my Roy Cohn?”

In a piece for The Nation published on Thursday, journalist Joan Walsh asserts that previously, she thought that perhaps Trump had found his modern-day Roy Cohn in former New York City Mayor Rudy Giuliani (one of Trump’s most ardent defenders). But Walsh now says she was “wrong” and that Barr—not Giuliani—has become Trump’s 2019 Roy Cohn, writing that Barr “sat on” Mueller’s “400-page report for three weeks, while quickly releasing a four-page letter exonerating Trump on charges of colluding with Russia and obstructing justice.”

Cohn is mentioned more than once in Mueller’s final report for the Russia investigation. White House Counsel Don McGahn reportedly faced Trump’s wrath when Attorney General Jeff Sessions had recused himself from the investigation. Mueller’s report says that Trump “brought up Roy Cohn, stating that he wished Cohn was his attorney. McGahn interpreted this comment as directed at him, suggesting that Cohn would fight for the president, whereas McGahn would not.”

And former White House Press Secretary Reince Priebus “recalled that when the president talked about Cohn, he said Cohn would win cases for him that had no chance, and that Cohn had done incredible things for him.”

In one of the most amusing parts of Mueller’s report, the special counsel describes a meeting in which Trump wanted to know why McGahn was taking notes, saying, “I never had a lawyer who took notes.”

McGahn, according to Mueller’s report, said “he keeps notes because he is a ‘real lawyer.'” He added that “notes create a record and are not a bad thing.”

And Trump told McGahn, “I’ve had a lot of great lawyers, like Roy Cohn. He did not take notes.”

Trump and Cohn enjoyed so close a relationship that in 1980, Trump commented that Cohn had “been vicious to others in his protection of me.” To be sure, the word “vicious” describes Cohn.

Now 72, Trump still considers Cohn his mentor—and that is nothing to be proud of.