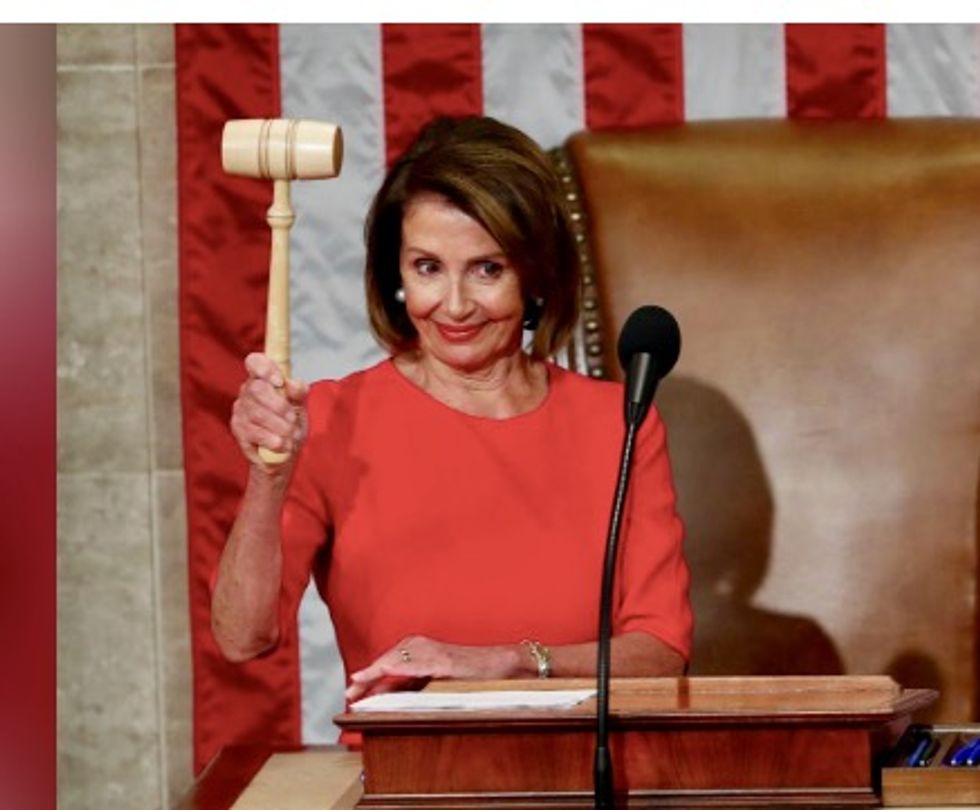 According to a report at The Daily Beast, President Donald Trump's continuous refusal to allow White House aides to appear before House committees investigating his administration is pushing Democrats closer to filing articles of impeachment.

The report states that Democratic leaders who have urged members to go slow on impeachment talk are having a change of heart as the President battles them over everything from revealing his tax returns to allowing a White House official testify on security clearances given to members of Trump's family.

"The White House’s plans to indefinitely stiff-arm their requests for documents and testimony, combined with the instances of alleged obstruction already laid out in Mueller’s report, is complicating that plan— and may drag House Democrats toward impeachment as an appropriately forceful way to respond to the administration’s conduct," the Beast reports.

According to one unidentified Democrat lawmaker, "I think the combination of the chilling depictions in the Mueller Report and Trump’s opacity is moving some members into the impeachment camp. Translation: it’s always the cover-up that gets ‘em.”

Rep. Jamie Raskin (D-MD) -- a frequent Trump critic -- said the handling by Attorney General Bill Barr of the special counsel Robert Mueller's report on Trump may have been the final straw.

“I have a hunch that he is moving the whole caucus closer to seeing impeachable offenses," Raskin said in an interview.

“If the president is successful in stopping us from collecting evidence, then we have a judgment to make: Can we discharge our constitutional responsibility in the face of that, or is that in and of itself sufficient obstruction of Congress?” Rep. David Cicilline (D-RI) added. “That was the third article of the Nixon impeachment. I don’t know that we’re there yet.”

The report goes on to state that impeachment isn't just around the corner, but the time is running out for Trump.

"The Democratic conference isn’t a monolith, and members’ views on impeachment are wide and varied. Pelosi’s ability to keep impeachment talk tamped down has benefited from the near-consensus on that point among the conference’s most powerful committee chairs—namely Nadler, Schiff, Richard Neal of Ways and Means, Elijah Cummings of Oversight, and Richard Engel of House Foreign Affairs. Maxine Waters, who chairs the Committee on Financial Services, is the exception; she has been pushing for impeachment for most of Trump’s presidency," according to the the Beast.