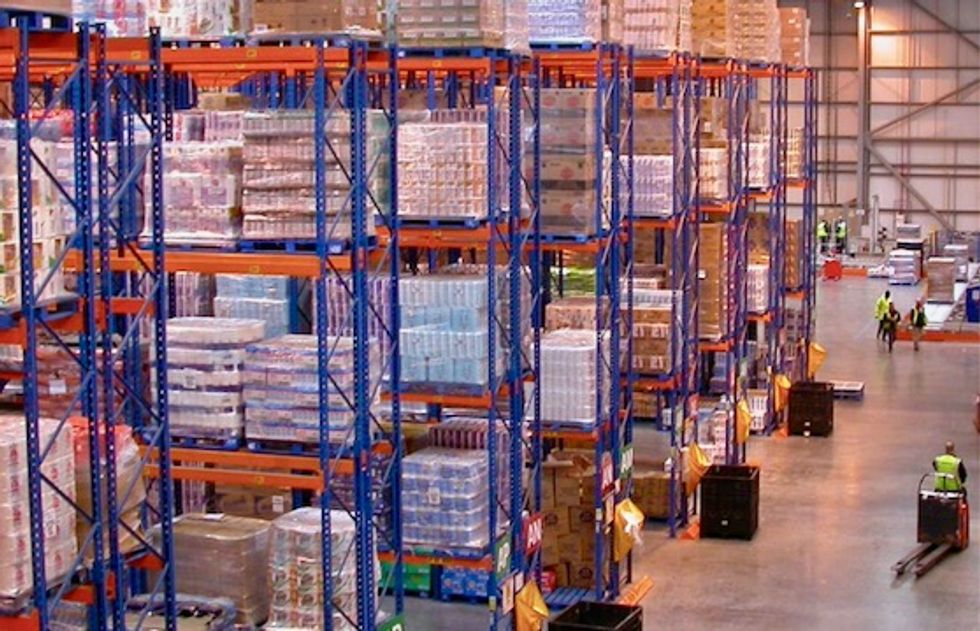 In an outbreak that has now run for more than 28 months, at least 279 people across 41 states have fallen ill with multidrug-resistant Salmonella infections linked to raw turkey products. Federal investigators are still trying to determine the cause. In response to food company recalls, more than 150 tons of raw turkey products have flowed back through the supply chain as waste.

In an age when companies envision drone pizza delivery and hamburgers prepared by robots, why is it so hard to locate the source of food-borne diseases like this one?

As I show in my new book, “Food Routes: Growing Bananas in Iceland and Other Tales from the Logistics of Eating,” the challenge of tracing food-borne illnesses in the United States demonstrates that our high-tech food system is broken in fundamental ways. It also reveals a lag between announcements of new, cool tech advances and applying them to solve real problems. In the meantime people get sick, some die and food piles up in landfills.

Food safety is at risk at all stages of the supply chain.

Unsafe food sickens about 600 million people every year – nearly 10% of the world’s population. Susceptibility to food-borne disease is rising as populations age. In addition, people are taking more medications, which often cause negative interactions with chemicals in highly processed foods. These interactions contribute to food-related illnesses.

And the costs of food-borne illnesses are significant – over US$15.6 billion yearly in the United States. Some of the recent increase is due to better tracking of food in the supply chain, which has improved tracing of outbreaks that might have gone unreported in the past.

But it’s one thing to detect outbreaks and another to prevent them. Globalization of the food supply chain makes this task more challenging. Ingredients come together from remote parts of the world to make pizza sauce. A simple hamburger patty from McDonald’s contains meat from 100 cows. Some 85% of the seafood Americans eat is imported, mostly from countries with lax food handling practices. 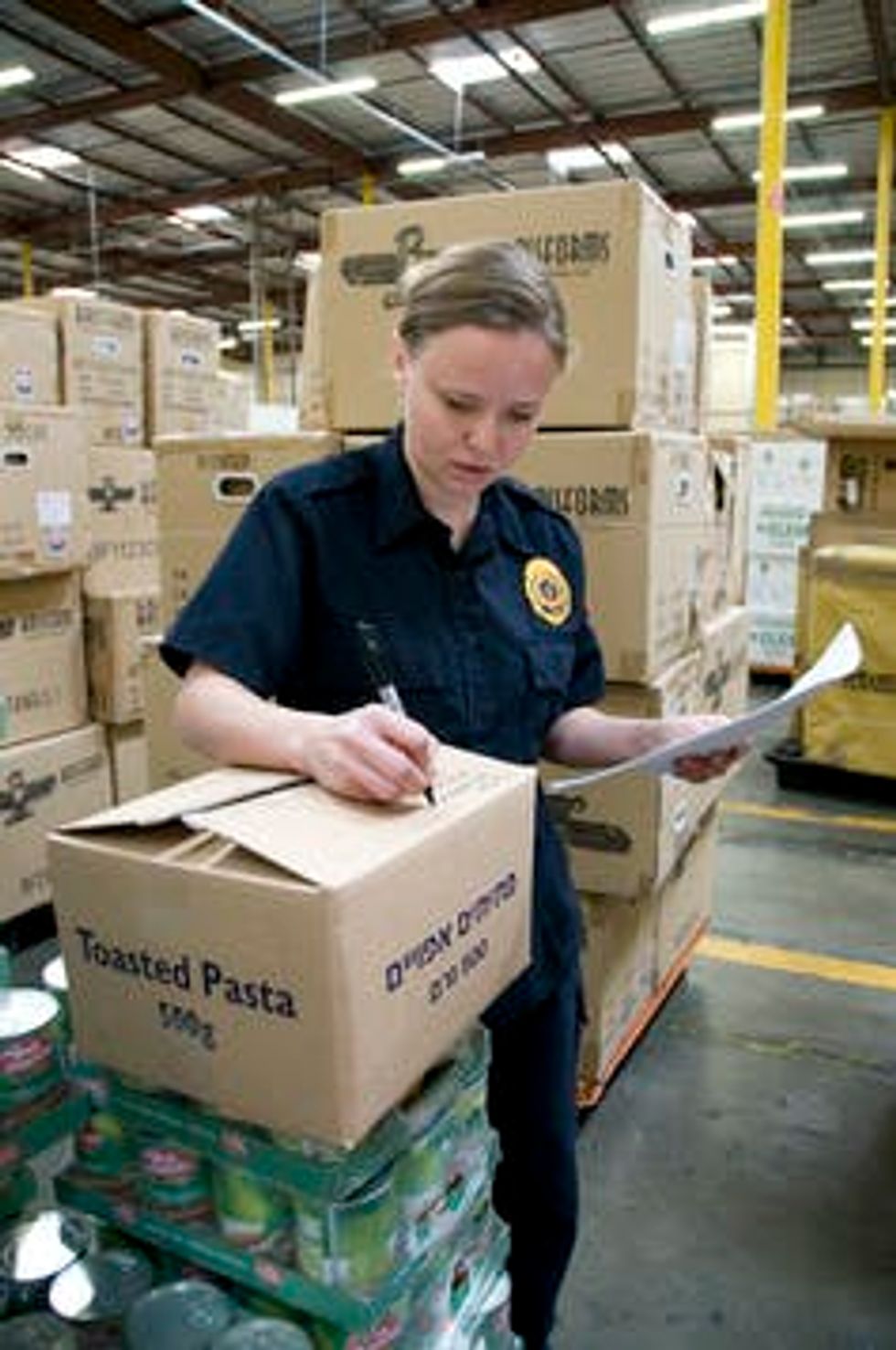 In Los Angeles, an inspector from the U.S. Food and Drug Administration prepares imported food samples for laboratory analysis.

Improving the global food system in ways that address food safety offers enormous payoffs, but will require compromises. In response to consumers’ insatiable desire for more personalized, individualized food products, snack companies produce popcorn in dozens of flavors, and bakeries make cupcakes with multiple types of nuts and cookies with and without gluten.

Tracking, reporting and recalling contaminated food needs to occur in real time and become more precise, and even predictive, based on a food producer’s track record. But the proliferation of food products makes efforts to track a contaminated nut back through the supply chain ever more challenging.

Already, food suppliers are using new digital tools to optimize the journey foods take from source to plate. Companies are embedding packaging with smart sensors that will measure how long individual shipments have been in transit, reducing the need for plastic packaging.

For example, as a shipping container of ham hocks moves from Liverpool to New York, a small sensor can send real-time internal temperature measurements to the buyer, documenting that the product has been kept cold throughout transit in conformance with established food safety requirements. GPS tags can track turkeys on poultry farms to monitor where they wander before entering the food supply chain.

Paradoxically, however, making the food system more transparent may make it more vulnerable to attacks. Food terrorism – deliberately contaminating food as it travels through the supply chain – could increase as bad actors locate sites where they can trigger food-borne disease outbreaks. On the other hand, new digital tools that can test for contamination are entering the market and will make it easier to identify such breaches. 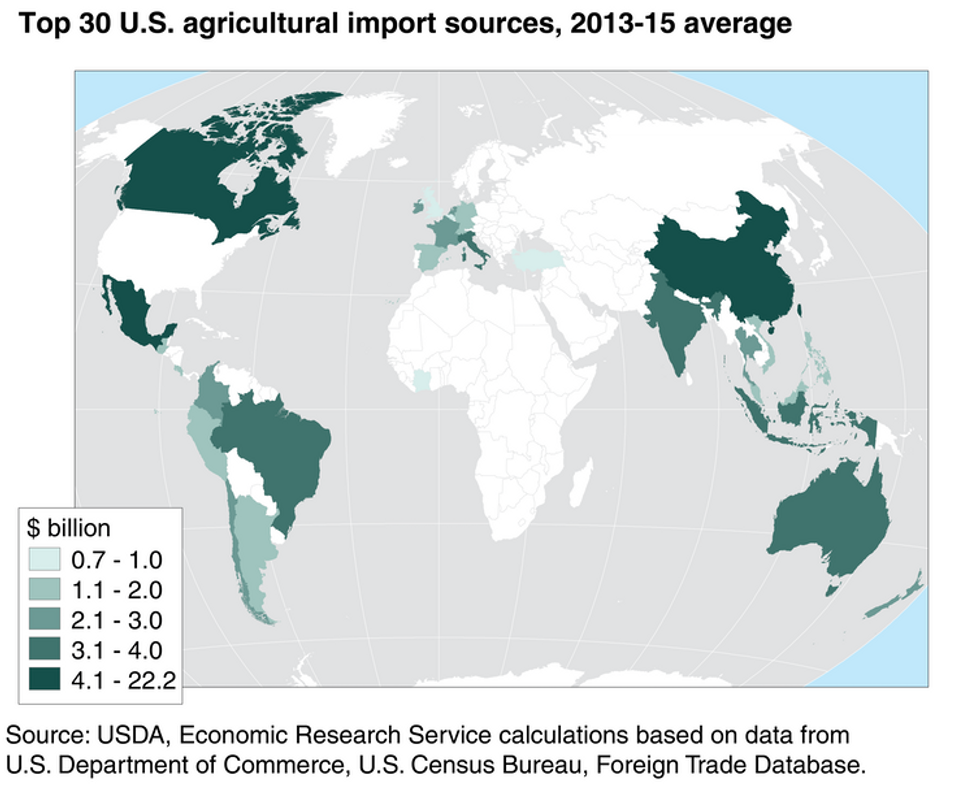 Canada, Mexico and China are among the largest sources of U.S. food imports.

However, sharing data as food travels from farm to plate cuts against ingrained practices in the food industry. Many food processors and logistics companies guard their practices in much the same way that tech companies protect intellectual property.

For example, getting turkeys to market faster than the competition may give a poultry company its competitive edge. Moreover, I have seen firsthand that many food companies still maintain records on slips of paper, handwritten and kept on clipboards, reflecting how slow technological change can be.

Partnerships between companies will help to modernize the system. For example, IBM and Walmart are utilizing IBM’s blockchain system to track food through the delivery process, starting with mangoes. Origintrail, a supply chain management company, is working with sensor designer TagitSmart to track the movement of wine in southern Europe from vineyard to point of sale as a way of preventing adulteration or counterfeiting.

But making food more traceable will take time. Large-scale food manufacturers will need incentives to step out from behind the curtain. In my view, however, the goal should be to find and address supply chain breakdowns, like the current turkey meat crisis, in days, not years. 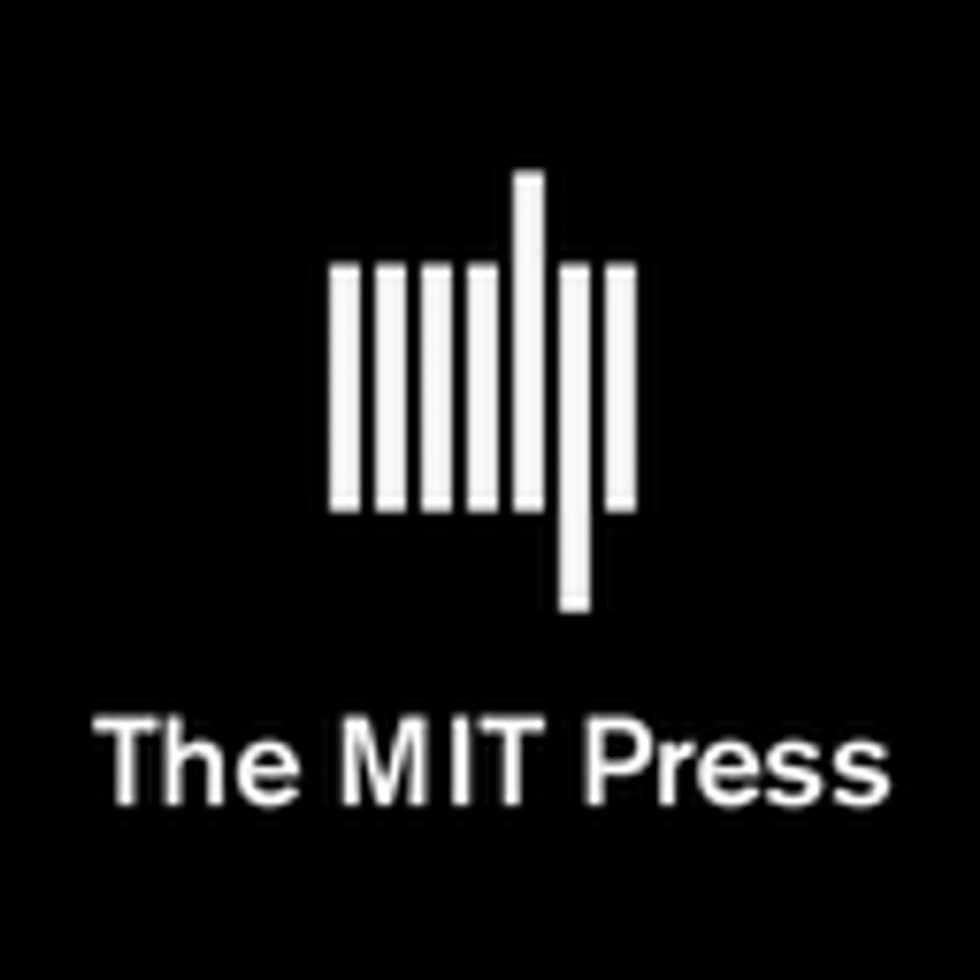 Food Routes: Growing Bananas in Iceland and other Tales from the Logistics of Eating