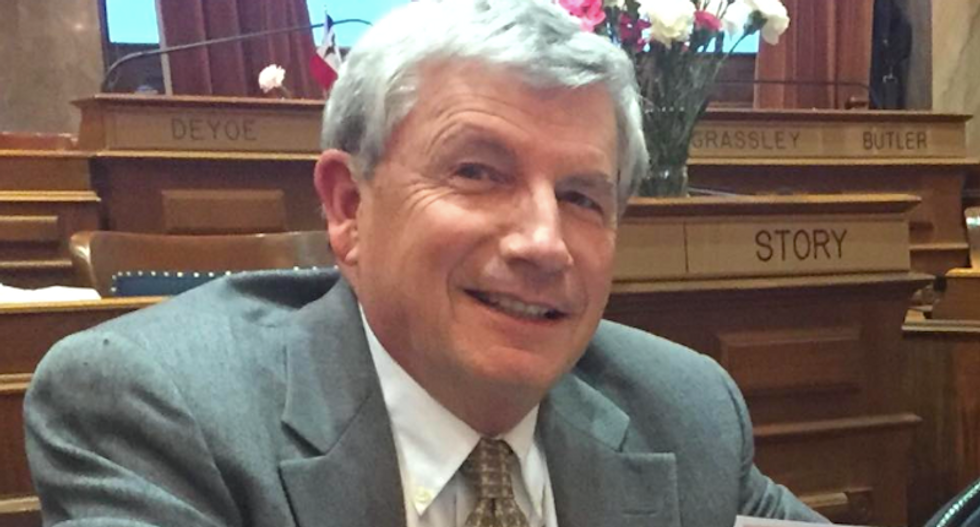 An Iowa Republican switched parties and will join Democrats in the statehouse.

The moderate Republican was first elected to the Iowa House in 1978 and left after the 2003 election, but won election to return in 2016.

McKean said the party had changed, and he could no longer remain a Republican.

He has voted with Democrats on collective bargaining and worker compensation bills, and McKean also bucked his party on gun safety bills and a GOP push to change how judges are selected in the state.

On Monday he voted to continue debate of a bill pushed by the statehouse's four black lawmakers that would ask their colleagues to adopt minority impact statements requiring data showing how bills would impact minorities.

"As a white person," McKean said, "it's impossible for me to fully comprehend (their) experiences ... they deserved the opportunity to bring (the amendment) forth."