‘It represents sociopathy’: This ‘damning clip’ of Trump made a former GOP congressman visibly disgusted 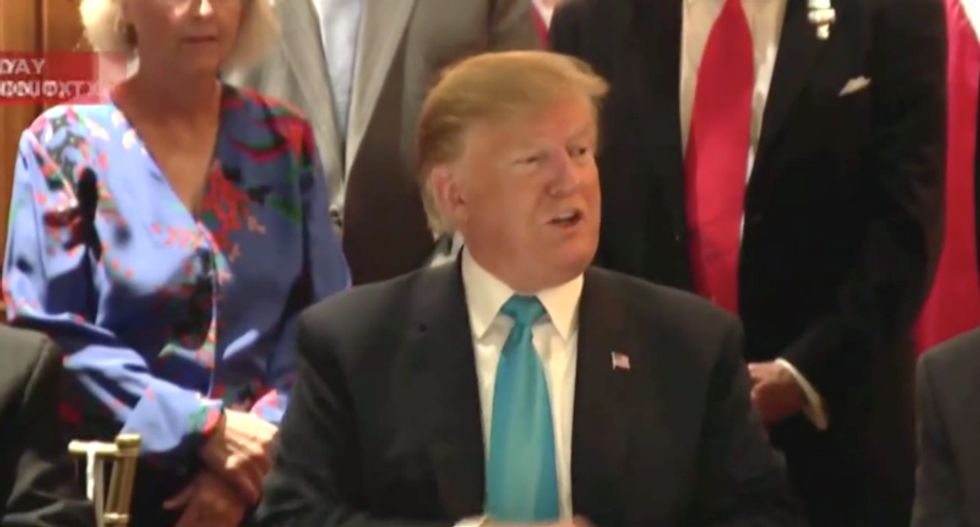 Former Florida Republican congressman David Jolly told MSNBC on Friday that President Donald Trump's proposal to release immigrants into so-called sanctuary cities was more than just "petty and cruel" -- it showed he was a true "sociopath."

"That's a damning clip you just played there and the reason why is it represents a sociopathy," said Jolly after host Stephanie Ruhle played a clip of Trump telling an audience that immigrants will steal their homes and cars before shooting them. "I hate to use the term, because of what it conjures up."

"If Donald Trump truly believes that, that these caravans are full of gangs and thugs and criminals," said Jolly, "and then at the same time his administration is suggesting releasing these people into cities run by his political adversaries, that is suggesting the president, Steven Miller, and his administration is willing to increase the likelihood of crime in communities run by Democrats."

"That's an element of sociopathy that has to be discussed," he continued. "The president either doesn't believe his own rhetoric or if he does, he is considering a plan that truly represents a new low."

"This story has legs," Jolly added, saying the speed with which it was "independently confirmed" and the timeline of "turnovers at DHS" demonstrated it was true.

"The president truly believes that he has an opportunity to deploy people that he believes are not heartbroken families seeking opportunity, but are gangs of criminals into cities across the country," he said.