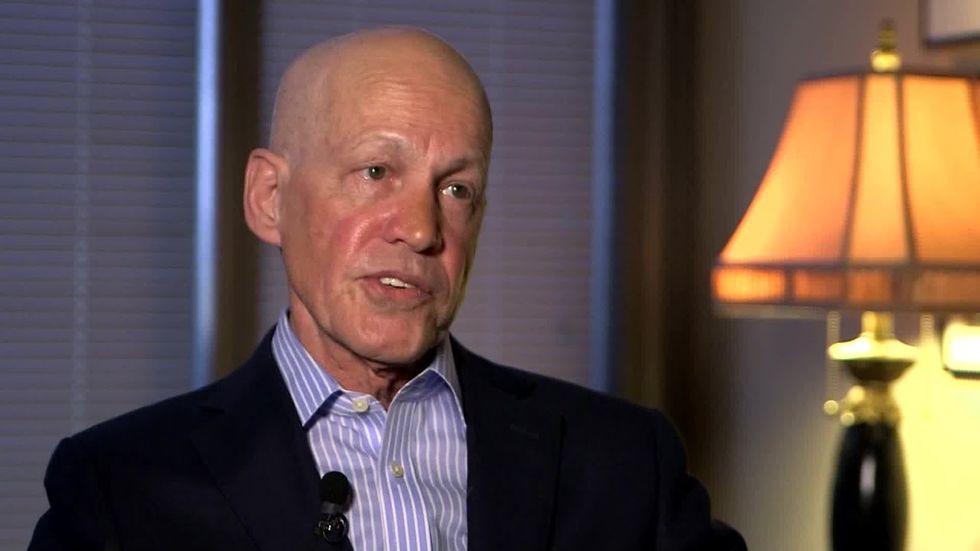 A Jewish Republican and supporter of Donald Trump dodged questions Saturday morning about the president's anti-Semitic comments during a 2015 speech for a group of Jewish members of the GOP.

During an interview with CNN host Victor Blackwell, ex-Minnesota senator Norm Coleman slammed Rep. Ilhan Omar (D-MN) for her comments critical of Israel and praised Trump for recognizing Jerusalem as the country's capital — but would not respond directly to questions about the president's own anti-Semitic comments.

Blackwell played a clip of Trump addressing the Jewish Republican Coalition in December 2015 in which he made a number of questionable comments alluding to Jewish people.

"You just like me because my daughter happens to be Jewish," Trump said at one point during the 2015 speech. "The only bad news, I can't get her on Saturday."

"You're not going to support me because I don't want your money," Trump said during JRC speech. "You want to control your own politicians."

Now that Trump and Vice President Mike Pence are addressing the JRC again, Blackwell asked Coleman if Trump should be "held accountable" in the same way the ex-senator and others have called for regarding Rep. Omar.

"The president should be held accountable for what he has done which is recognize...Jerusalem as the capital of Israel," Coleman said. "Many presidents promise it had, he did it. He recognized Israel's sovereignty over the Golan Heights which is a reality for its security. We have judged the president on what he has done."

Blackwell pressed on, asking why the ex-senator is so critical of Omar and Palestinian-American Rep. Rashida Tlaib (D-MI) when "this president as a candidate tweeted out a picture of Hillary Clinton with a star of David over a pile of cash."

"Why are you so critical of one and seeming to give a pass to the other?" the host queried.

"What you're dealing with Ilhan Omar is repeated, consistent, repetitious anti-Semitic tropes," Coleman countered. "If she said one thing one time, maybe you could walk away from it. It's not one thing."

"You're still not referencing anything about the president," Blackwell responded.

Stumbling over his words, Coleman claimed that he has in the past "criticized the president" — and Blackwell noted that the ex-senator had called Trump a "bigot" and claimed he'd never vote for him.

"What changed your mind?" the host asked.

Watch the entire exchange below: