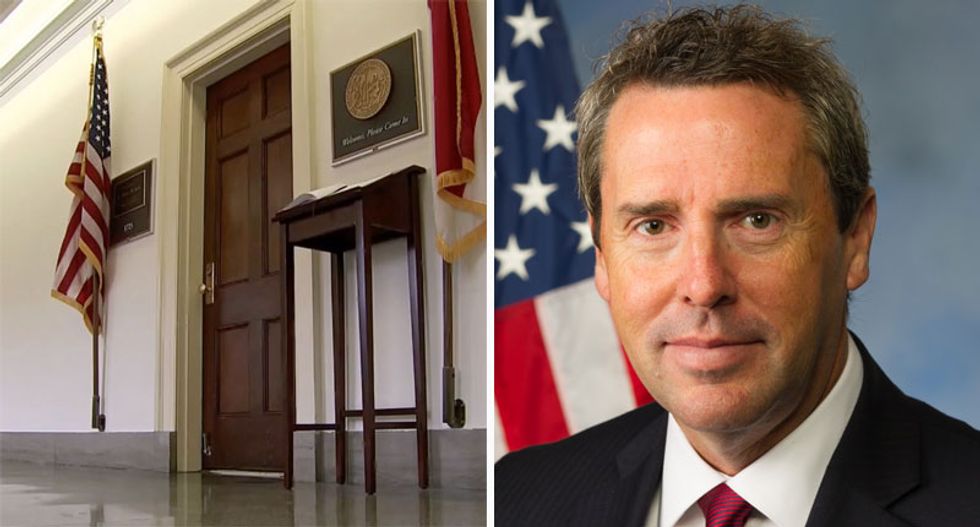 Reporters attempted to track down Rep. Mark Walker (R-NC) after he was reportedly mentioned in a criminal indictment against former Rep. Robin Hayes (R-NC).

Walker, a former Baptist pastor, is vice chair of the House Republican Conference.

Politico and WSOC-TV in Charlotte have both identified Walker as "Public Official A" in the indictment.

WSOC-TV's Washington bureau visited Walker's office, but only left with footage of his closed door and a quote from a spokesperson, who said Walker had committed no wrongdoing and is assisting the Department of Justice.