Lori Loughlin, Michael Avenatti and Julian Assange argue over who is crazier in SNL’s cold opener with Emma Stone 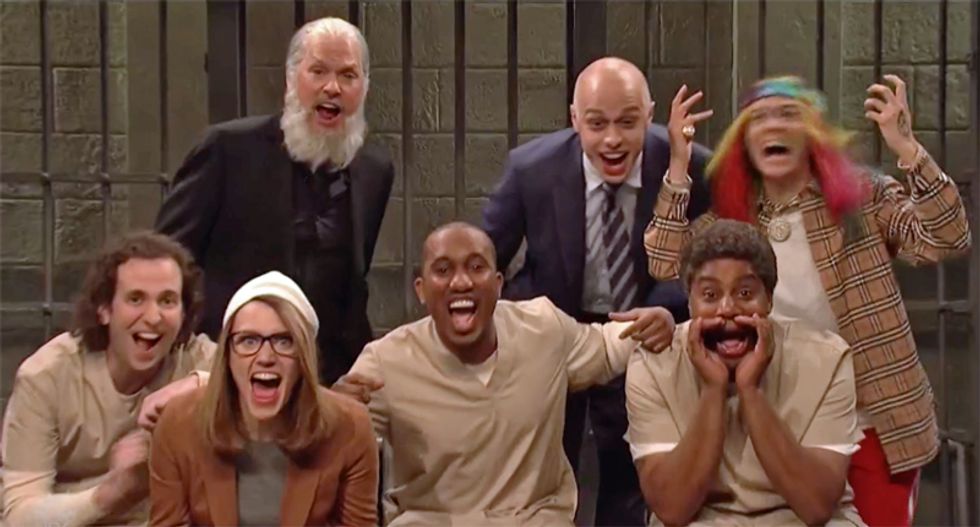 "Now that the Mueller report turned out to be a big, fat zero, we're back to prison shows," a narrator announced. "Right now, it's "Lockup: Chino Correction Facility."

Inmates were seen introducing themselves.

"Son, I'm the craziest dude in here," one inmate says. "I stabbed my neighborhood to death and then ate his fingers so they couldn't I.D. the body."

"And you know what the worst part is? I might still run for president. Avenatti/Baldwin 2020!" he added.

"Okay, he wins, he's the craziest," an inmate concluded.

"Is he, though?" Julian Assange asked.

"Now, you sons of b*tches want to hear how crazy I am? Here's how crazy I am. I'm wanted in the U.S. and Sweden, I'm from Australia, I live in London, in Ecuador -- you try figuring that one out," he said.

"I've attacked the U.S. military, b*tches, because I'm an actual James Bond supervillain and I'm one step away from destroying the goddamn moon," he added. "So you want to get nuts?"