Maxine Waters pummels 'no credibility' Lindsey Graham: He's 'in bed with the president of the United States' 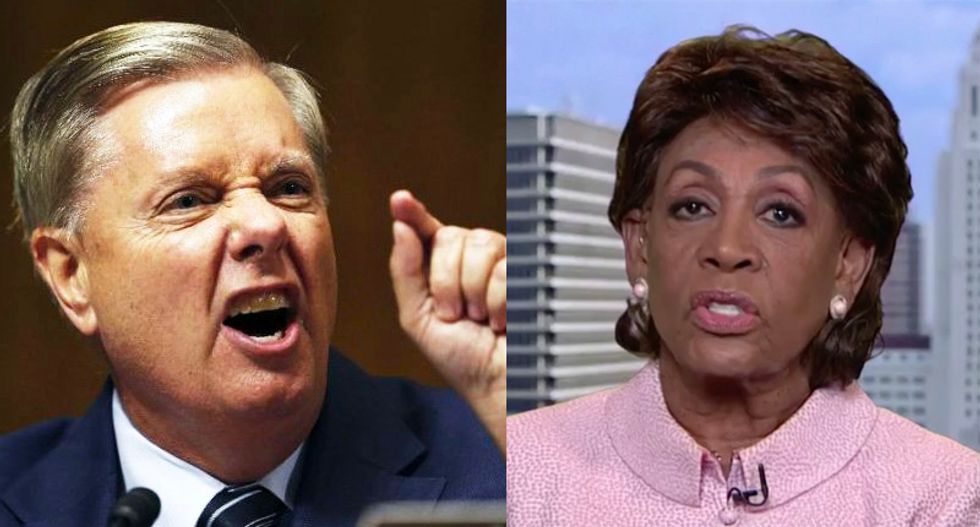 During her weekly appearance on MSNBC's AM Joy, Rep. Maxine Waters (D-CA) went after Sen. Lindsey Graham (R-SC) for his slavish devotion to Donald Trump, saying the Senate Judiciary Committee chair is "in bed with the president."

Speaking with host Joy Reid, Waters expressed disgust with Graham's intentions on going after Justice Department officials who investigated the president and proceeded to call him out.

"If you're referring to Lindsey Graham, you know that his word cannot be trusted," the fiery Waters explained. "Remember when he used to be a friend of John McCain's and remember when he turned on him?"

"I don't know where he would go with this except to say he's now in bed with the president of the United States of America and whatever he does now is about protecting this president no matter what he does," she continued. "And so Lindsey does not have any real credibility and I pay no attention to what he has to say."