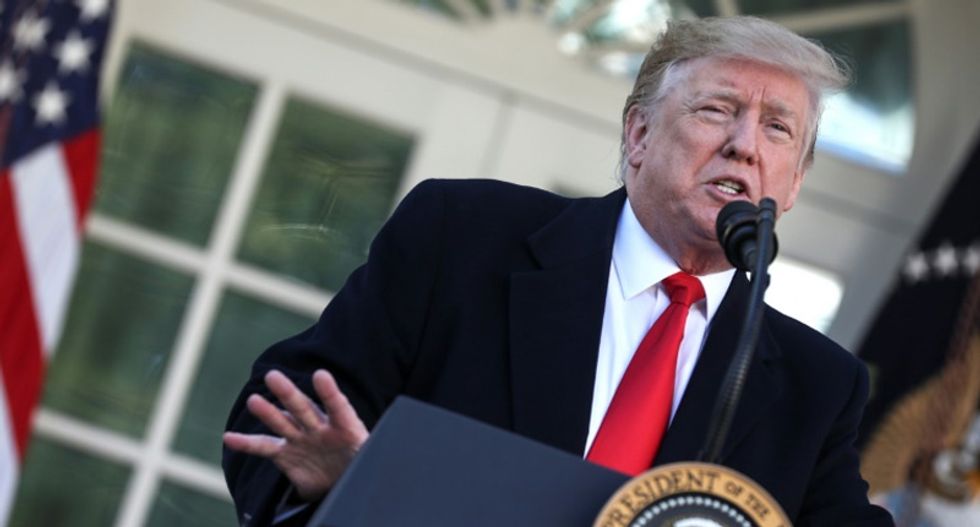 On Tuesday, Conservative columnist Max Boot railed against meek-acting Republicans who refuses to stand up against President Donald Trump in a column for The Washington Post.

He explained that the president is "trashing the rule of law" in order to stay in power. He noted that Trump feels "frantic" as a result of Homeland Security Secretary Kirstjen Nielsen's resignation.

He then explained that Trump has had an unprecedented amount of vacancies.

"Trump is mounting another assault on the law by leaving so many vacancies in his administration and relying on acting appointees," he said. "There are 18 vacancies at the top, including secretary, deputy secretary, chief financial officer, two undersecretaries, assistant secretary for policy, assistant secretary for Immigration and Customs Enforcement and administrator of the Federal Emergency Management Agency."

Trump has also changed norms by refusing to release his tax returns. "Trump has also signaled his intent to defy the law to keep his taxes secret," Boot said.

However, he noted that real emergencies are how complacent the GOP is to Trump's unlawfully behaviors.

"The real national emergency isn’t at the border. It’s in Washington. Trump is trashing the rule of law to stay in power — and the very same Republicans who excoriated President Barack Obama for his supposed misuse of executive power are meekly going along," Boot wrote.