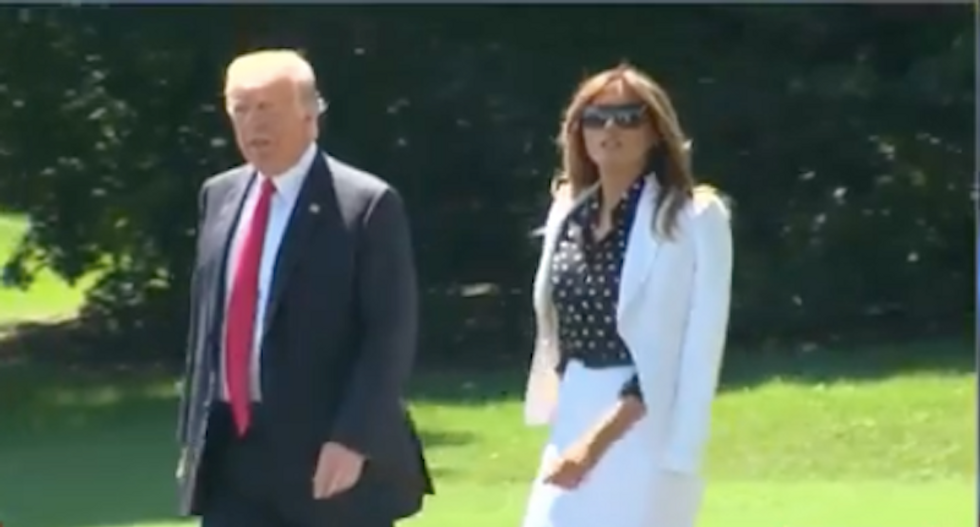 According to the report, White House officials were worried the president might blow up in front of the press after weeks of waiting for Barr to finally release it.

Bloomberg reports, "It was First Lady Melania Trump’s idea to spurn the press as Trump sought to show defiance after Mueller’s report, people briefed on the matter said. But his vindication over Mueller and Attorney General William Barr clearing him of criminal liability is giving way to anger. People close to him are worried Trump has begun to stew over news coverage of the report, which has focused on Mueller’s documentation of the president’s efforts to interfere in the investigation and deceive the public about his actions."

The report also notes "People close to him hope he realizes that the report isn’t crippling and the negative stories will largely end by Monday.

There are concerns that Trump raging about the release of the report -- while drawing more attention to the parts that make him look bad -- could "damage his image with moderate swing voters who approve of Trump’s handling of the economy but are turned off by his unpredictable, unpresidential style," a White House aide explained.