Mnuchin can't stop us from obtaining Trump's taxes -- it's the law: House Democrat 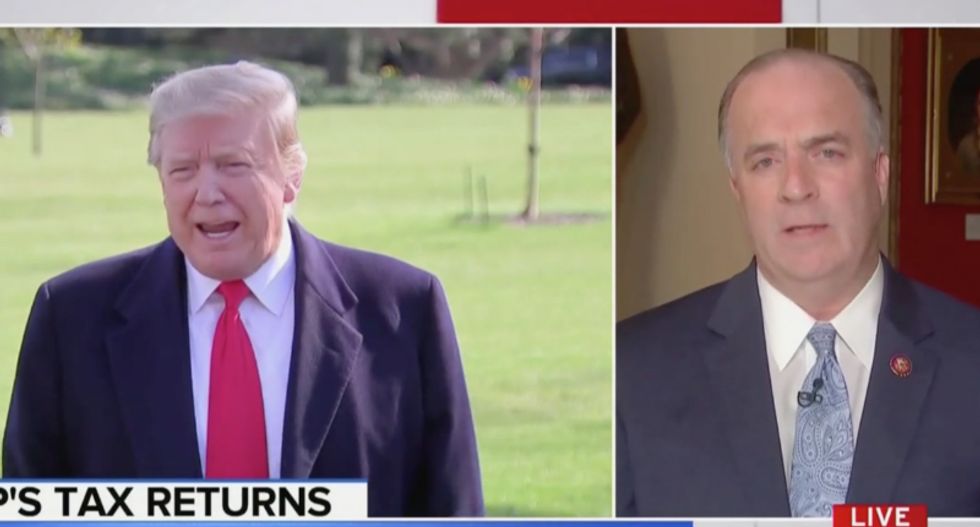 Congressman Dan Kildee, who serves on the House Ways and Means Committee, told MSNBC on Thursday that he wasn't worried about President Donald Trump's objections to releasing his tax returns, saying the president's opinion was immaterial -- it was a matter of law.

"Section 6103 of the tax code is crystal clear -- the chairman of the Ways and Means committee has the authority to call for a tax return to be delivered to him," Kildee said, saying that law had been on the books for nearly a century. "While the president may have his opinion, we're not asking him to personally release his returns. Frankly, he's the first president in half a century to not do so."

"Secretary Steven Mnuchin has indicated he's not so down with doing that, congressman," said host Hallie Jackson. "If you don't hear back from the IRS by Wednesday, or they say no, what's the next step you take?"

"I don't think when someone's asked to uphold the law, you get to choose whether you're 'down with it,'" Kildee replied. "We expect the IRS to comply with this request. I'll be clear, we will use every tool available to us to ensure that the IRS does comply with this law."

"I don't think that the chairman of the Ways and Means Committee," Kildee answered, "is going to condition whether he does his job and upholds his oath on whether or not Donald Trump feels like it on any particular day." Kildee added that it was "important that the American public have faith" that Trump's financial dealings were on the up and up, but that a more important issue was at stake.

"We're actually looking at a specific question, and that is whether or not the IRS is adhering to the law in, first of all, auditing and also enforcing tax laws on the president of the United States," he said. "We may have to take action to ensure that happens. We have to have access to these returns to make a determination to get the facts to inform that decision."