MSNBC host asks Kirstjen Nielsen: Was being the face of Trump's child separation policy 'worth it' 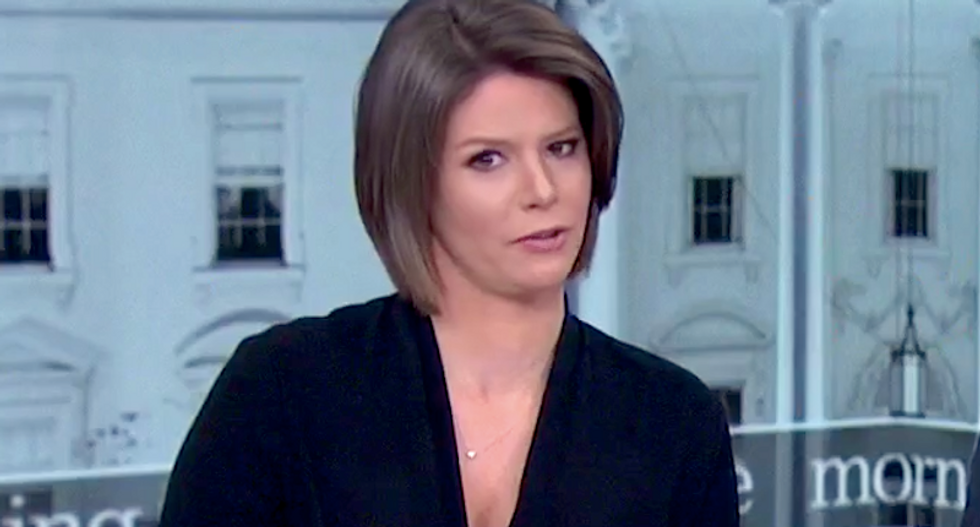 MSNBC host Kassie Hunt wondered if Kirstjen Nielsen holding the banner of President Donald Trump's child separation policy was worth it in the end.

Trump is notorious for commanding loyalty, and Nielsen was one of few original cabinet officials left after just two years in office. Yet, despite her loyalty, Nielsen was shown the door, for seemingly, refusing to break existing U.S. laws.

During an MSNBC panel discussion, Washington Examiner correspondent David Drucker explained that Trump seems disinterested in solving the so-called "border crisis" of his own making. If he wanted to solve problems, he'd be "mastering the art of the legislative deal," Drucker said.

The panel noted that the president has a cadre of "acting" officials heading departments, particularly when it comes to national security, which doesn't bode well for the safety and stability of the country.

"That can't be blamed on Congress," Nichols said.

"Here's the question, was it worth it?" Hunt asked.

"It's a good question, and where does she go from here?" asked Reuters reporter Jeff Mason. "She's in her mid-40s, right? I mean, she has an entire career ahead of her, but doing that after what she's just gone through."

"She was willing to own the toughest and most criticized parts of President Trump's immigration policy," said Drucker. "She was in some ways internally a punching bag and absorbed it all and kept going to work. A lot of this for the president is shifting to 2020, showing he's tough, trying to make a statement what he wants to do next in the realm of things he can control because he hasn't figured out how to work with elements of the government he doesn't control."

Drucker wondered how Trump's policies could get more extreme, unless they begin to go outside of the law.

At the close of the panel, Hunt repeated her question again, asking Nielsen if it was all worth it.