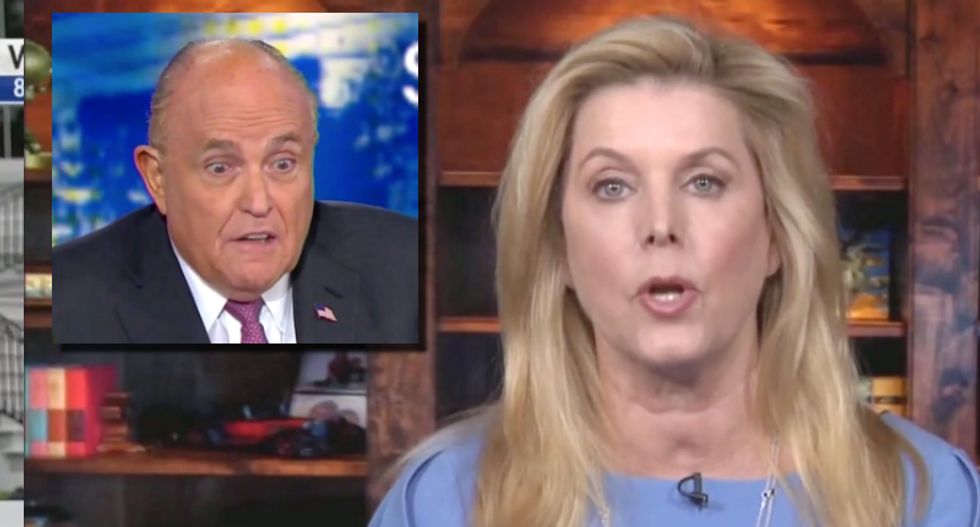 MSNBC's Hallie Jackson was visibly stunned after former federal prosecutor Cynthia Alksne said Monday that Rudy Giuliani's defense of Russian meddling had ruined his reputation as a law enforcement officer -- and that his worrying comments were those of "a pathetic excuse for a shill." Giuliani spent the weekend vigorously defending the 2016 Trump campaign's dealings with Russia, saying "there is nothing wrong" with taking information from foreign governments on a political opponent, as long as the information provided is "accurate."

"If you're sitting in the Kremlin, if you're in China right now and Beijing, how are you hearing that," asked host Hallie Jackson. "Should Americans be worried about that kind of language?"

"Americans should be very worried about that language. It means it's open season to interfere in the American election," Alksne replied and then dropped a brutal attack on Giuliani's integrity that left Jackson stunned.

"I don't know where to go on that piece as you vividly put it," a wide-eyed Jackson said, as Alksne muttered that Rudy's spiral was "so depressing."

"There are those who would say Giuliani is doing what his job is which is get out there and defend his client," Jackson said, but Alksne cut her off.

"His job is not to be a lawyer, I can tell you that," she said. "No lawyer would say such a thing."