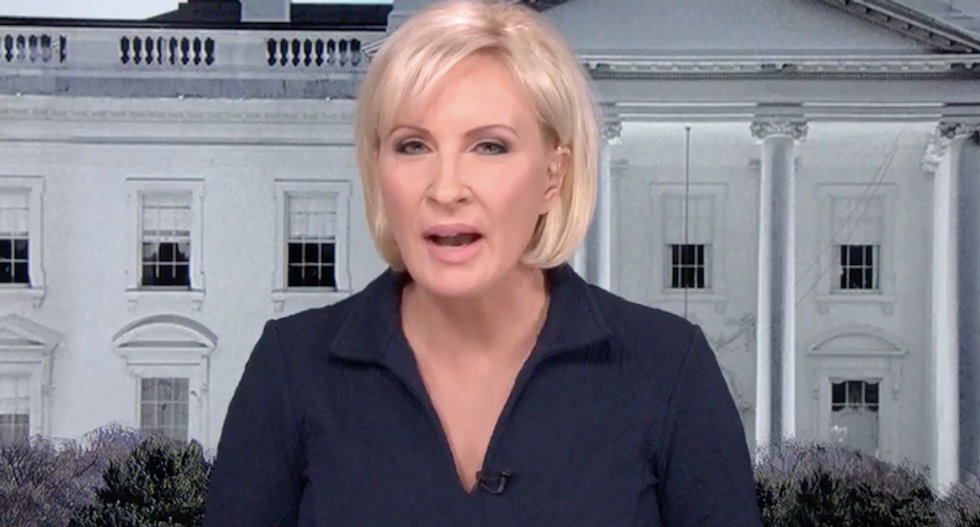 MSNBC's Mika Brzezinski on Friday grew angry when discussing the pre-trial release of Coast Guard Lt. Christopher Hasson, a white nationalist who was accused of plotting to kill prominent Democrats and members of the media who have been critical of President Donald Trump.

Even though investigators say that Hasson had been stockpiling weapons while creating a "kill list" of political opponents, prosecutors are not planning to charge him with either terrorism or murder. This opened the door for Judge Charles Day of the United States District Court for the District of Maryland to allow Hasson to be released on bail.

Brzezinski said the decision to release Hasson was outrageous and she pointed the finger at both President Donald Trump and Attorney General Bill Barr for not charging Hasson with domestic terrorism.

"These are the things that you find after a massacre and you go, 'Oh, these are the warning signs, we should have noticed them,'" she said. "I say this as the wife of someone who is on that list, so you may hear a little intensity in my voice, but I think Trump's doing this! How can I not do that math in my mind that the attorney general is making a clear decision here to make sure the lives of people who are being targeted continue to be in danger!"