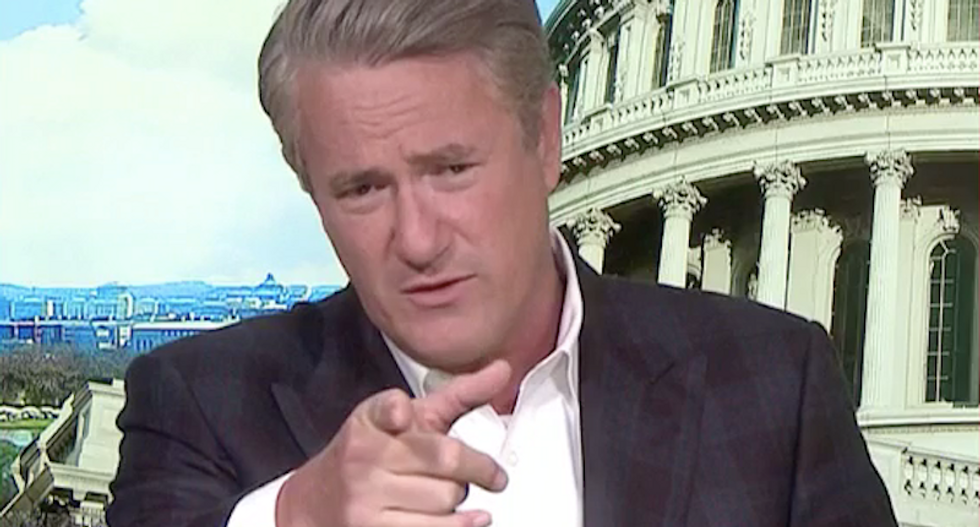 MSNBC's Joe Scarborough came out of a segment on the importance of getting enough sleep by reading aloud some of President Donald Trump's early morning rage tweets against him.

The president attacked the "Morning Joe" host by name early Tuesday as part of an airing of his grievances against specific members of the media, and Scarborough laughed out loud at the attacks.

Sorry to say but @foxandfriends is by far the best of the morning political shows on television. It rightfully has… https://t.co/SpyApUgKBK
— Donald J. Trump (@Donald J. Trump)1556016273.0

"Did he tweet and say I'm dumb and sick, too?" Scarborough said. "That makes me sad, Donald. I've been so intimidated by this, I'm not going to talk about how the Donald's poll numbers just keep collapsing. They're at an all-time low. It makes me very sad. So I'm a psycho, I'm dumb and sick."

Scarborough returned from a commercial break with a chyron mocking the president: "Morning Psycho responds to loyal viewer," and co-host Willie Geist added another dose of ridicule.

"It's viewers like you, Mr. President, who make it possible," Geist said. "We have great team that comes in and works all night, works around the clock to get the show ready. I do like how the president goes all caps -- it's like a proper noun, angry, dumb, sick with capitalized letters. It's very interesting he used that as an honorific or some kind of title for you, Joe."