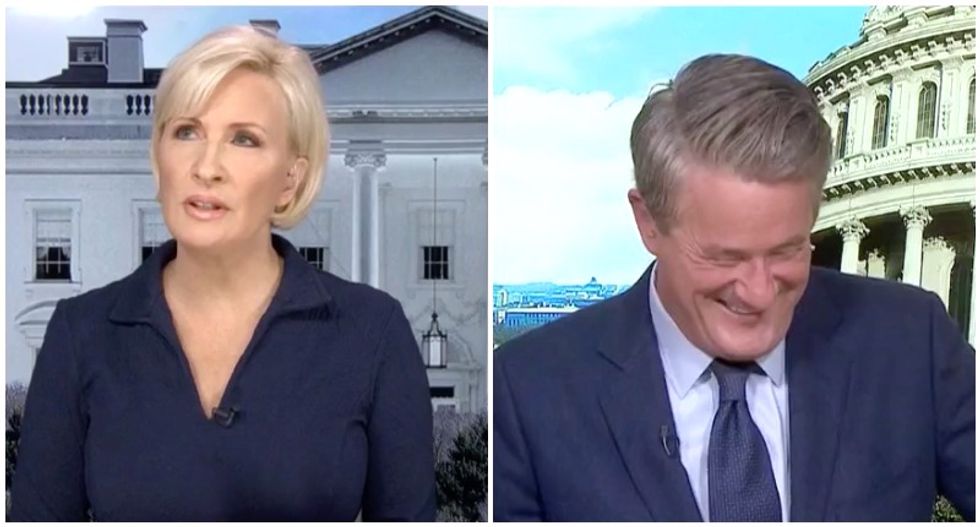 MSNBC's Joe Scarborough and Mika Brzezinksi ridiculed President Donald Trump for spending the weekend insisting he had "never been happier" after Robert Mueller's findings were issued.

Happy Easter! I have never been happier or more content because your Country is doing so well, with an Economy that… https://t.co/mDTlFUFVpq
— Donald J. Trump (@Donald J. Trump) 1555844641.0

They rolled video of Trump bragging about his intelligence and academic credentials, and Scarborough laughed out loud.

"I'm so happy and I'm so smart," Brzezinski said.

"Despite the president as angry as he was," Scarborough said, "both the president and his aides want to tell you that they're happy. I think this shows resilience, and I think it shows the sort of can-do attitude needs to have even after one has been found guilty in a report of possibly obstructing justice. They couldn't even clear him, which makes me sad."