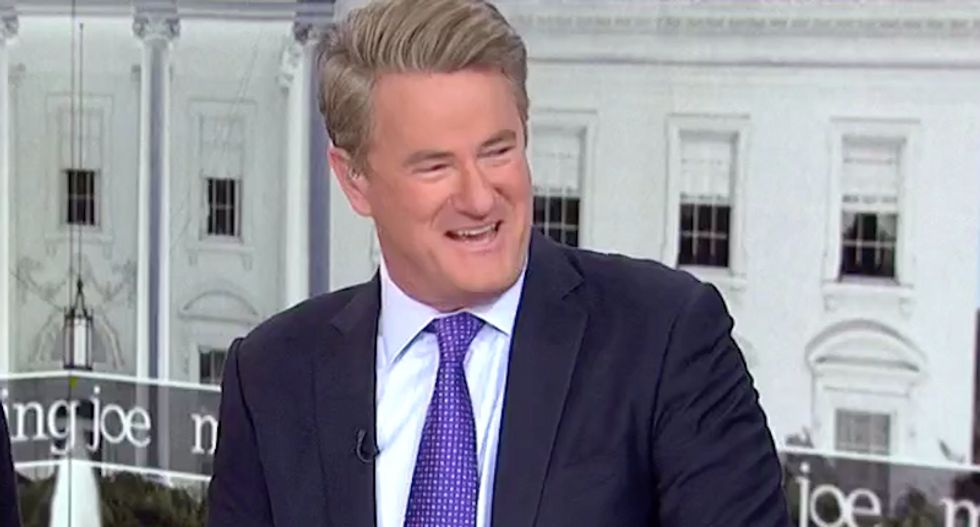 The "Morning Joe" host said Barr had already shown himself to be more subservient to the president than his two predecessors by publicly helping Trump attack the Mueller probe and hide the special counsel's findings from Congress and the public.

"I'm going to bring up two names of people (who), when the time came that their country called on them to do the right thing, they did it," Scarborough said. "Attorney General Jeff Sessions -- he did what was required by law, he did what was required by the ethics of the situation -- and, yes, I'm going to say it: Matthew Whitaker. When the president of the United States pressured Matthew Whitaker to do something that he knew to be improper, he stood up to the president of the United States. Let that be said."

Co-host Willie Geist pointed out that both of those attorneys general had been pushed out of the Trump administration and replaced by Barr, who told lawmakers that he believed the Justice Department had spied on the president's campaign, without offering any evidence.

"He is surrounded by people who believe these conspiracy theories," said Washington Post columnist David Ignatious. "It takes strong character in a period like this to resist lies. You have to stand up, you have to take risks, and Barr, looking at him, I felt looked like a weak attorney general who is not prepared to dig in and tell the country the truth, even though it would risk meaning the president was angry at him. He didn't seem like the man to do that."