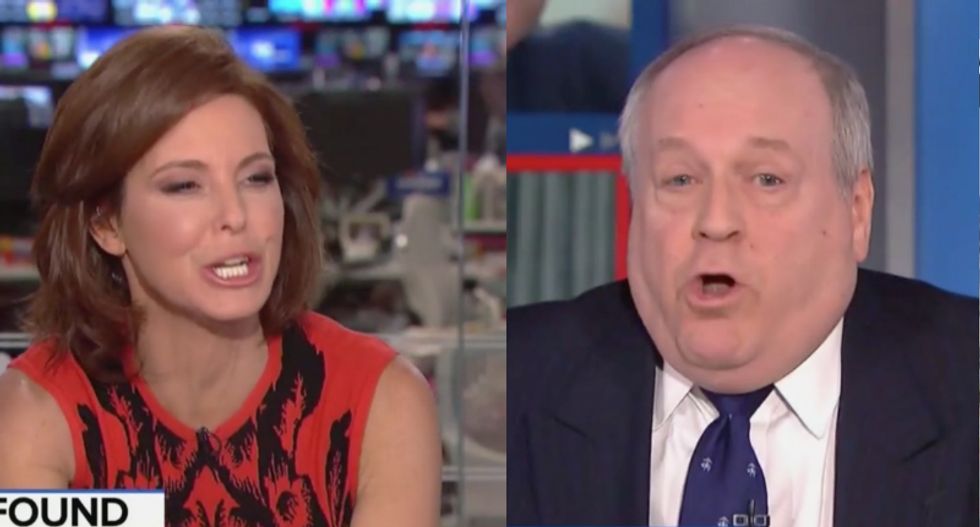 Former federal prosecutor for the Eastern District of New York Doug Burns on Thursday battled with MSNBC's Stephanie Ruhle after downplaying the impact of Attorney General Bill Barr's summary of the Mueller report.

"Criminal law and politics do not mix, I've said it a hundred times," Burns said. "If I went to court and said, 'your honor, I'm contending that summary of a longer document is inaccurate.' Judge says 'have you read the document?' 'No, your honor.' I'd be laughed out the building in two minutes. So all of the discussion about 'he's been inaccurate with the summary 'is ridiculous. You have to see the report itself."

"So Democrats saying Bill Barr isn't telling the truth, they are wrong because they haven't seen it," replied Ruhle. "But there is another political argument -- the Republicans who also haven't seen the report can't say that Mueller exonerated the president."

"In fairness to the NYT, he's saying people in the investigation itself are saying it is not accurate. That is different and that is a little more telling," Burns answered. "If you really read the article closely, it's pretty weak in the sense that they were unable to really flesh out was the term they used exactly what in there is more damaging to the president. So again, it is a little weak."

"In the "New York Times" article, everybody blares the headline, 'Mueller people are contending that the report is more damaging to Trump,'" Burns said. "If you peruse the document, you will see three times it says that the people being interviewed, the officials, were unable to flesh out exactly what is more damaging to the president."

"Is it that they were unable to flesh out literally," Ruhle said, "or unwilling and then they're saying 'don't put your pencils down, this thing ain't over?'"