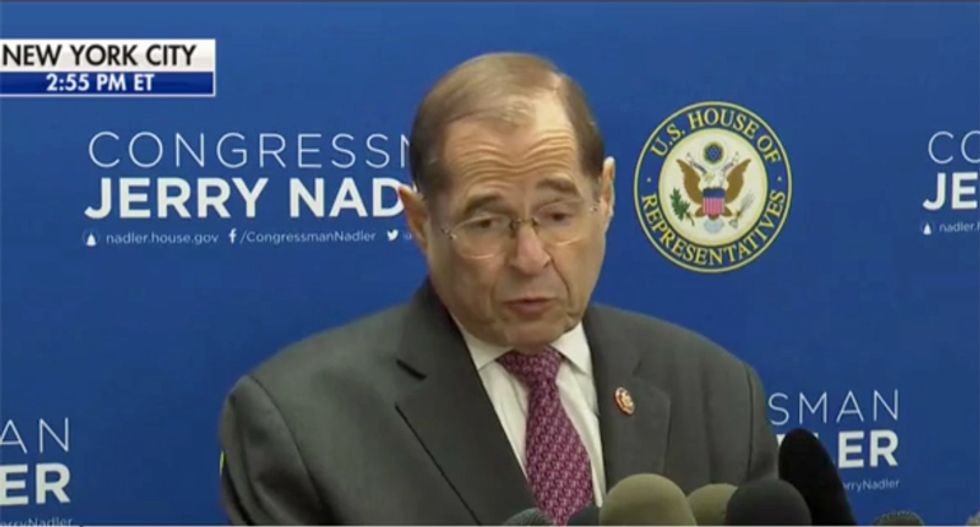 "First, to observe, Attorney General Barr appears to have shown an unsettling willingness to undermine his department to protect President Trump. Barr's words and actions suggest he's been disingenuous and misleading in saying the president is cleared of wrongdoing," Nadler said.

Nadler detailed what Barr had neglected to disclose when he presented his summary of Mueller's findings weeks ago.

"That is why I formally requested that special counsel Mueller testify before the House Judiciary Committee as soon as possible to get answers to these critical questions, because we clearly can't believe what Attorney General Barr tells us," Nadler concluded.