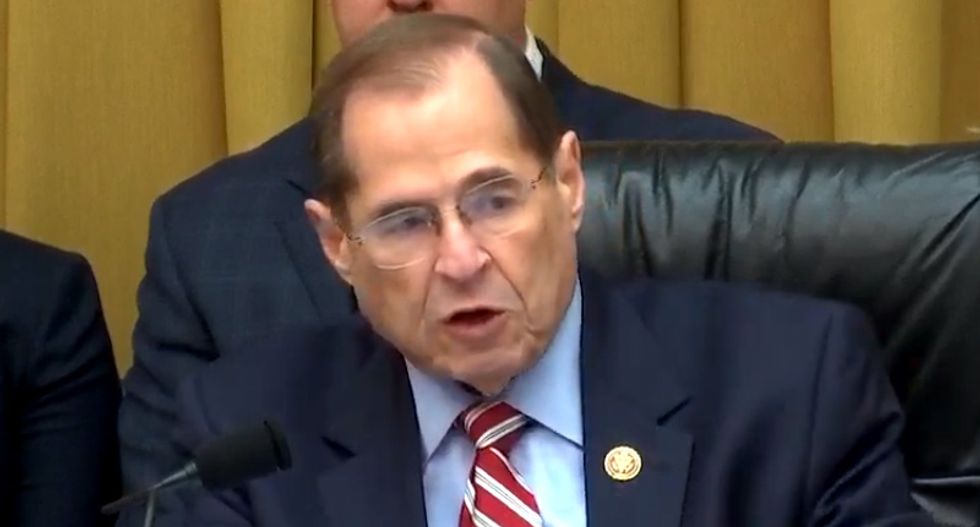 Rep. Jerry Nadler (D-NY) on Thursday announced that he would be subpoenaing special counsel Robert Mueller's full, unredacted report from the United States Department of Justice.

In a statement issued hours after the release of the redacted Mueller report, Nadler said that the DOJ had ignored his requests for the report, thus forcing him to take legal action.

"I have not heard from the [DOJ] about receiving a less-redacted version of the report," he said. "Because Congress requires this material in order to perform our constitutionally-mandated responsibilities, I will issue a subpoena for the full report and the underlying materials."

Nadler has for weeks been requesting the full, unredacted Mueller report. Attorney General Bill Barr on Thursday said he planned to share additional information about redacted material in the report with members of Congress, although he said he would not be releasing grand jury material.

Nadler also said on Thursday that he believed there was room to pursue obstruction of justice charges against the president based solely on the information that is now publicly available.

"Even in its incomplete form, the Mueller report outlines disturbing evidence that President Trump engaged in obstruction of justice and other misconduct," he said.