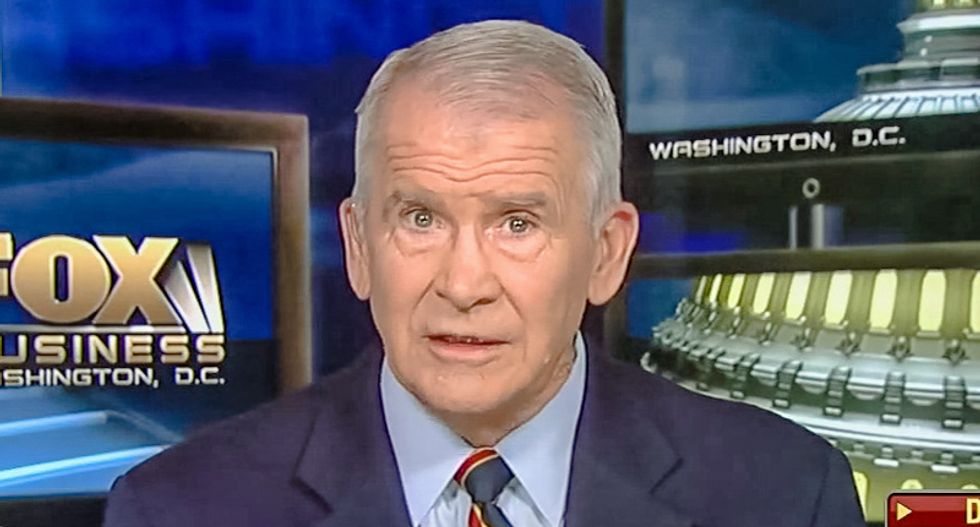 On Friday, The National Rifle Association took a shot at their own president Oliver North. The suite details increased "tensions" between the two.

"An updated version of a civil complaint, entered in Virginia state court on April 24, make new claims about Col. Oliver North’s relationship with the company that runs NRATV, the video network linked to the gun-rights group," a report from The Daily Beast said.

Adding, "The filings are part of an eye-popping lawsuit the organization filed against its long-time ad agency, which built and runs the network. The suit gives a rare narrative of the tension within the organization."

The first complaint was filed on April 12. The suit makes several claims about North's failure to deliver on NRA TV.

"The updates to the complaint include more detail about North’s work and point to deep irritation between the group and its president. Not only did North fail to deliver on all of the material he promised for NRATV, the suit alleges," the report said.

It also claims that North took a salary from both the NRA and Ackerman McQueen, an advertising firm.

Adding, "North, in effect, double-dipped by drawing a salary from both the gun-rights group and Ackerman McQueen at the same time."

The lawsuit went on slam North's performance in his documentary series and said that the returns on investment was "less favorable" than anticipated.

"North didn’t deliver as many episodes as the non-profit expected, according to the suit, and hasn’t demonstrated that he was able to bring in the hoped-for the sponsorship cash," the report said.

"But the new court filings hint that the organization’s internal skirmishes and struggles may be just as big of a threat," the report explained.