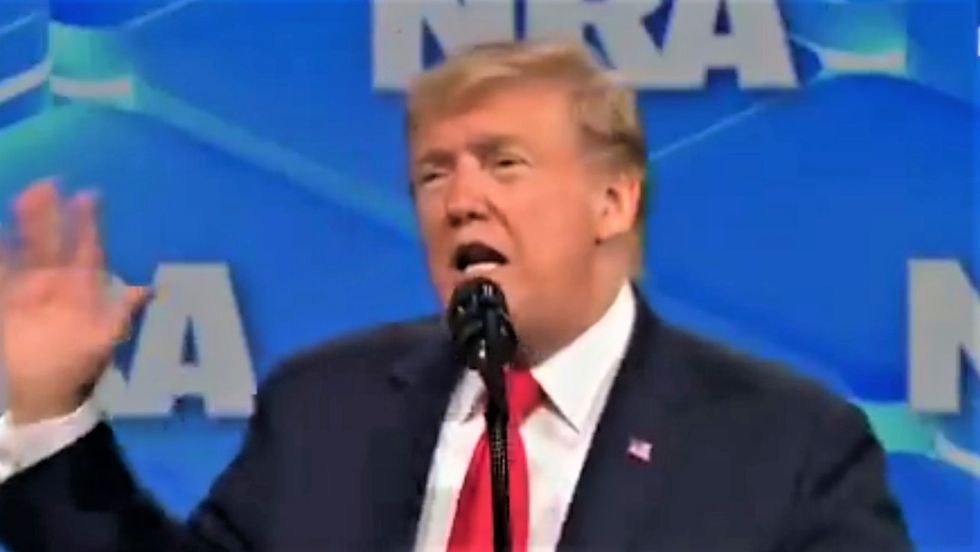 President Donald Trump on Friday completely flubbed a speech in front of the National Rifle Association as he struggled to read a long word from his teleprompter.

During his speech before the NRA, Trump announced that the United States had sent word to the United Nations that it was rejecting an international arms trade treaty that was signed by former President Barack Obama, but was never signed into law.

In denouncing the treaty, Trump tried to claim that it would have infringed upon American gunowners' rights.

"This treaty threatened your...," Trump began before taking a long pause to stare at the teleprompter. "Subjugate... and you know exactly what's going on here, your rights."