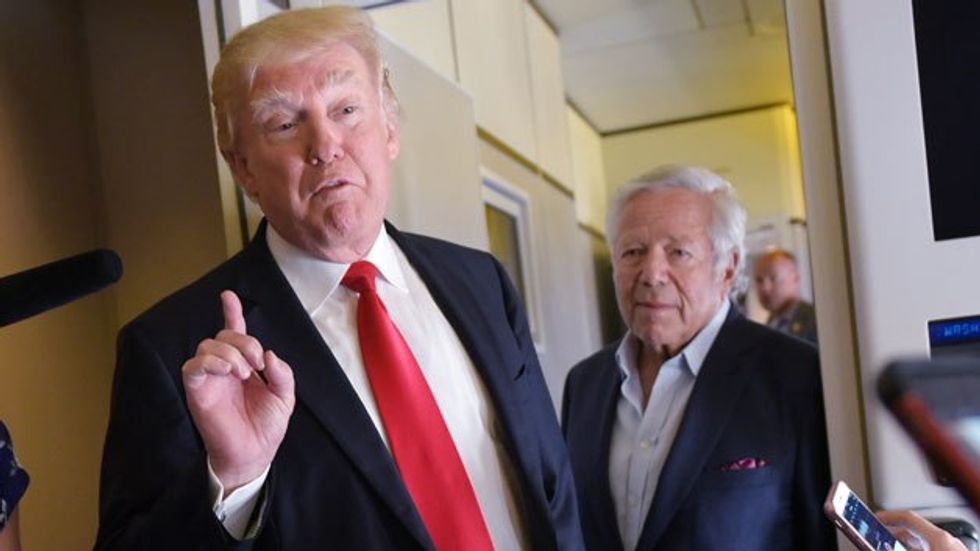 Prosecutors in Florida say they're ready to release the video they've obtained of New England Patriots owner and prominent Trump supporter Robert Kraft paying for sex with a woman in a day spa.

NBC Boston reports that Kraft's attorneys are fighting the public release of the video, which they say could prevent their client from receiving a fair trial.

"If the affidavit says what happened, what is the interest the public has in seeing it?" Kraft attorney William Burck argued last week. "It's basically pornography."

Kraft's attorneys have also argued that the hidden cameras used to capture footage of their client amount to unlawful surveillance.

However, Palm Beach County State Attorney Dave Aronberg’s office is arguing that it is obligated to publicly release the video under Florida law, and it says it will "pixelate or blur depictions of obscene or pornographic images before releasing such records to the public."

The 77-year-old Kraft has been accused of entering the Orchids of Asia Day Spa in Jupiter, Florida, and exchanging cash for sex acts on two different occasions.