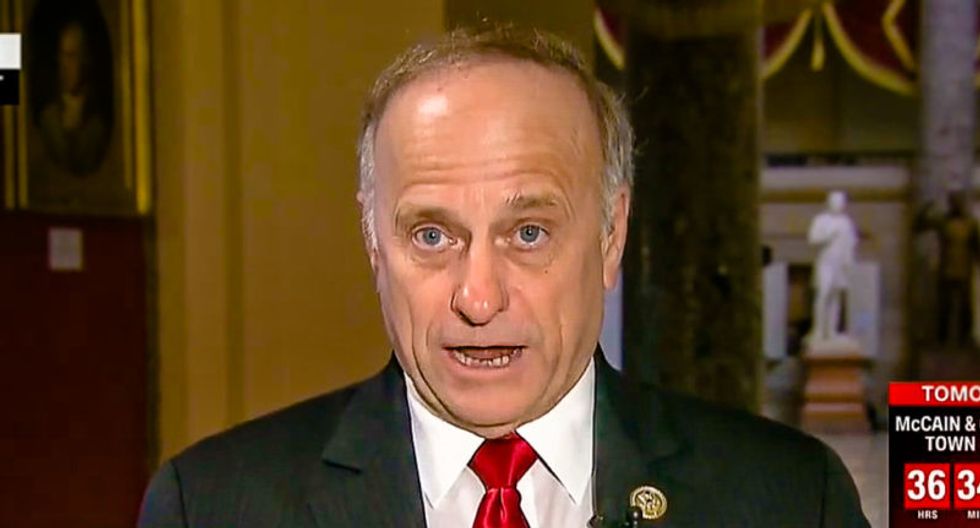 On Tuesday, Rep. Steve King (R-IA) compared himself to Jesus Christ. Shortly after Easter, King suggested that he understood what Jesus went through for us at a town hall in Iowa.

He made the remarks in response to those who have scrutinized his divisive language.

"For all that I've been through -- and it seems even strange for me to say it -- but I am at a certain peace, and it is because of a lot of prayers for me," King said according to the Sioux City Journal.

Adding, "And, when I have to step down to the floor of the House of Representatives and look up at those 400-and-some accusers, you know we just passed through Easter and Christ's passion, and I have better insight into what He went through for us."

He also noted that he hired faith-based people.

"We have solid, faithful people at every level," he said.