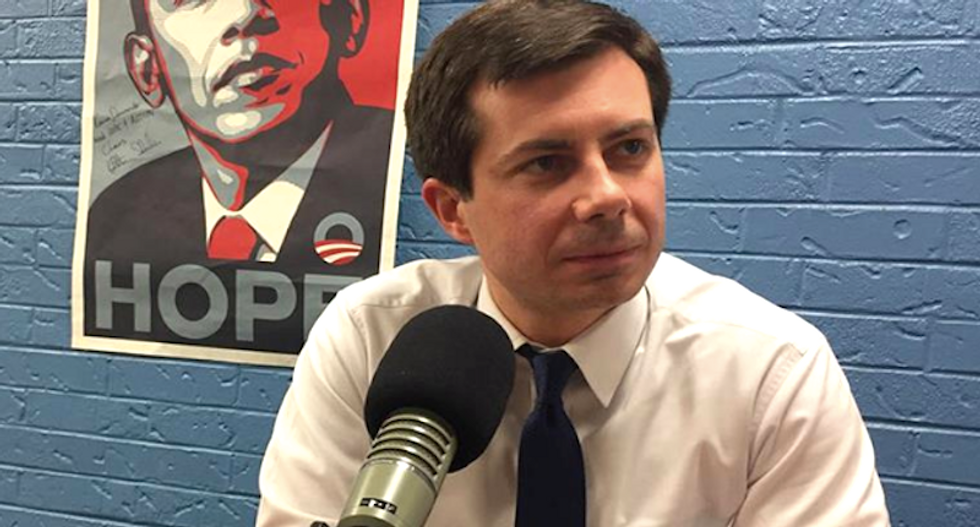 Conservatives are trying to turn Pete Buttigieg's religious faith into a liability.

The South Bend mayor has criticized Vice President Mike Pence as a moral hypocrite, grounding those accusations in his own religious faith, and that has infuriated conservatives, reported The Daily Beast.

“If Buttigieg thinks evangelicals should be supporting him instead of Trump, he fundamentally does not understand the roots of Christianity,” tweeted formerly "Never Trump" conservative Erick Erickson. “But then he is an Episcopalian, so he might not actually understand Christianity more than superficially.”

Buttigieg, a gay Afghanistan war veteran, has upset conservatives by challenging many of their assumptions about religion, sexuality, military service and family values -- and they've responded by attacking a religion practiced by 11 of the nation's first 44 presidents.

“The Episcopal Church itself is no longer a Christian institution," Erickson wrote in a blog post, "and those who remain will either walk into a Christian denomination or walk into atheism potentially with a helping of spirituality."

Erickson claimed the church was "dying," and claimed "the last Episcopalian has been born already."

“The people remain behind [sic] are a bunch of rich, white people who want to feel good about themselves by feeling morally superior to their neighbors who really believe that whole ‘Jesus died for me’ stuff,” Erickson told The Daily Beast.

Fox News host Laura Ingraham also attacked Buttigieg's faith, and wrote off the mayor as "another creation of a media apparatus desperate to oust Trump.”

“He says he’s a traditional Episcopalian, whatever that means these days,” Ingraham said.

Conservatives have exploited longtime theological divisions as a proxy for attacks on Buttigieg's sexuality, which opposition researchers and political analysts believe would almost certainly backfire.

“The very fact that Mayor Pete is a gay man and he professes to be Episcopalian, well, that would be the rub for evangelical Christians," said the Rev. Dr. Kelly Brown Douglas, dean of Episcopal Divinity School at Union Theological Seminary. "Because fundamentalists — and not all evangelicals, to be clear: fundamental evangelicals, the right-wing branch — they are not going to accept someone that claims to be Christian and also gay. We need to be clear as to what the rub is in this regard.”

Buttigieg's campaign declined to respond to conservative attacks on the mayor's religious faith.

“We’ll let whatever that meltdown was speak for itself,” said Lis Smith, Buttigieg’s communications director.