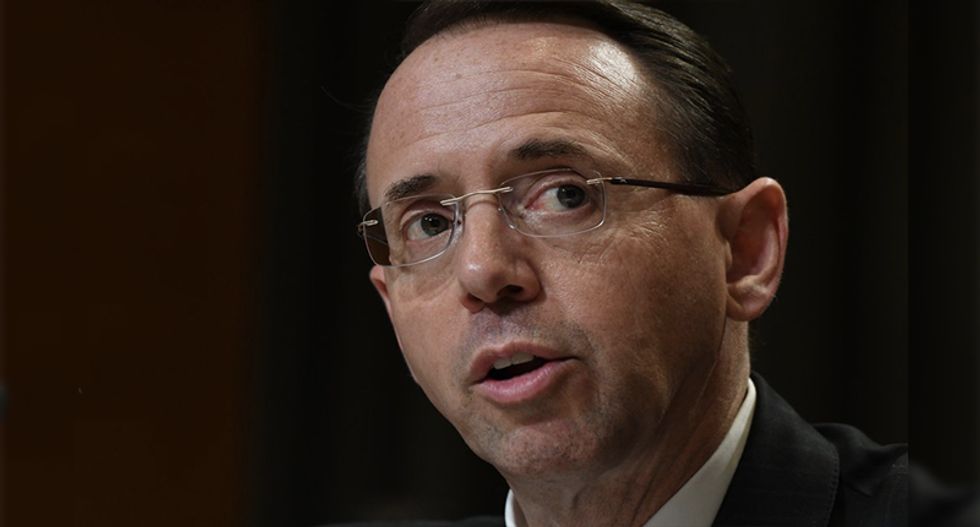 "Some critical decisions about the Russia investigation were made before I got there," Rosenstein said, referring to when he was appointed to oversee the Mueller investigation.

"The previous Administration chose not to publicize the full story about Russian computer hackers and social media trolls, and how they relate to a broader strategy to undermine America," Rosenstein said of President Barack Obama and his administration.

"The FBI disclosed classified evidence about the investigation to ranking legislators and their staffers. Someone selectively leaked details to the news media. The FBI Director announced at a congressional hearing that there was a counterintelligence investigation that might result in criminal charges. Then the former FBI Director alleged that the President pressured him to close the investigation, and the President denied that the conversation occurred," Rosenstein said.

"So that happened," he added.

In fact, President Obama tried to work with Senate Majority Leader Mitch McConnell to tell the public in a bipartisan fashion what Russia was doing. McConnell threatened to call it a partisan attack against then-candidate Donald Trump if he did so.

"Obama administration officials," NPR reported in 2018, "told reporters on background that Russian intelligence operatives were behind the cyberattacks that led to the release of emails stolen from political figures and institutions. Later, Director of National Intelligence James Clapper and Homeland Security Secretary Jeh Johnson formally blamed the Russian government in an official statement."

Rosenstein made his remarks at the Yale Club in New York City, where he was the keynote speaker for the Armenian Bar Association’s Public Servants Dinner. These were his first public remarks since the release of Attorney General Bill Barr's version of the Mueller report.