Rudy Giuliani melts under Jake Tapper grilling: 'There's nothing wrong' with getting help from Russians 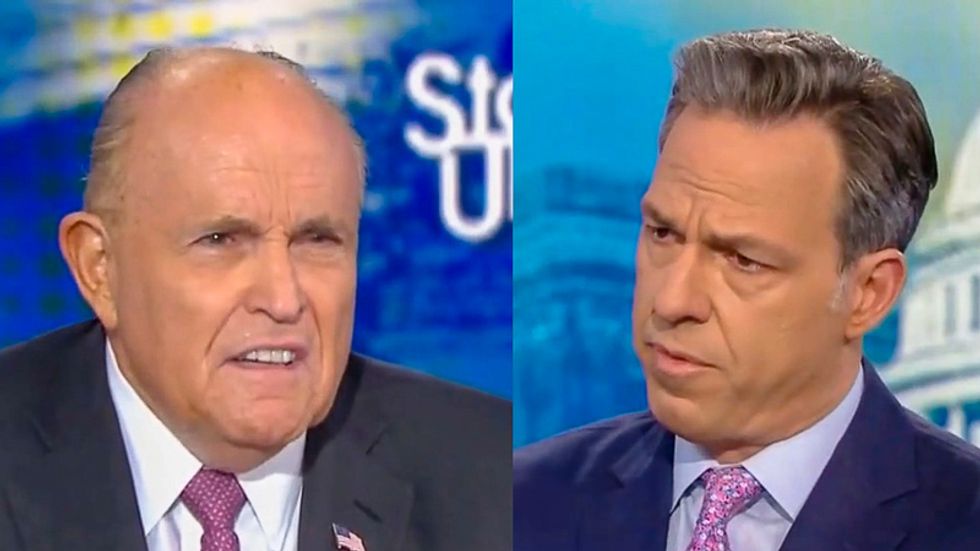 Rudy Giuliani, attorney for President Donald Trump, insisted on Sunday that there was "nothing wrong" with the Trump campaign's attempt to accept help from Russians to win the 2016 election.

"Who says it's even illegal?" Giuliani shot back. "Does the information turn out to be false, by the way? The information that was gleaned and disseminated, every newspaper printed it. Why did The Washington Post print the information that came from a foreign source when they knew it was hacked? Aren't they just as wrong for doing that as the campaign wanting to use it?"

Watch more of the video clip below.