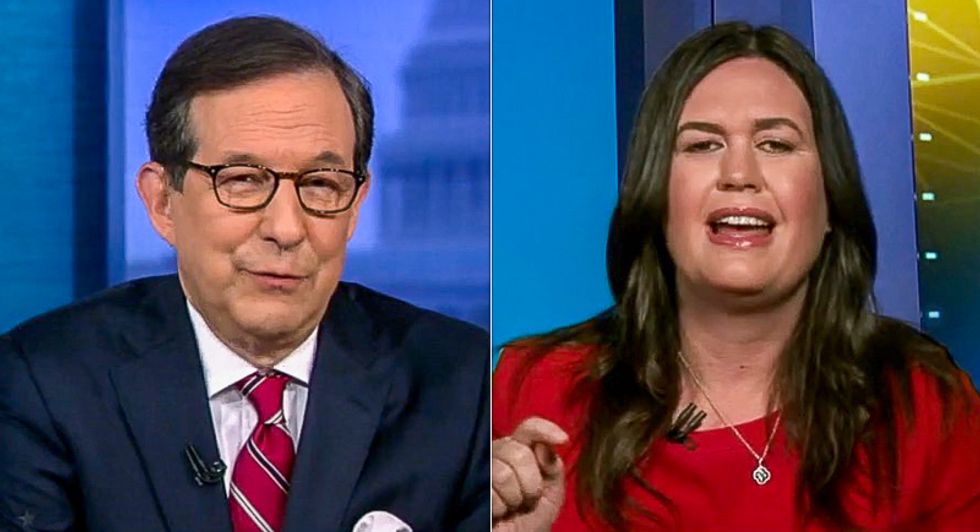 White House Press Secretary Sarah Sanders said on Sunday that President Donald Trump's tax returns should not be released because Democrats in Congress are not "smart enough" to understand them.

During an interview on Fox News Sunday, host Chris Wallace asked Sanders if Trump would flout the law and block the IRS from releasing his tax returns after they were requested by a congressional committee.

"The president has been clear from the beginning," Sanders insisted. "As long as his taxes are under audit, he's not going to release them."

"Will he tell the IRS not to release them?" Wallace pressed.

"We'll have to see what happens on that front," Sanders replied. "One of the biggest things that I think people aren't seeing is the fact that the only reason that the Oversight Committee has the ability to request someone's taxes [is] for the purpose of determining policy."

The press secretary argued that Democrats are making a request that "has nothing to do with policy."

"This is all about political partisanship," she said. "This is a dangerous, dangerous road," she added. "And, frankly Chris, I don't think Congress, particularly not this group of congressmen and women, are smart enough to look through the thousands of pages."

"Most of them probably don't do their own taxes," Sanders concluded. "And I certainly don't trust them to look through the decades of success that the president has and determine anything."